Follow Ratio is generally considered a reasonable measure of how ‘good’ an account is. This is because the most interesting Twitter or Instagram accounts will have far more people following them than they are following themselves.

Think of it this way  – imagine everyone (including Oprah) followed just their family members and Oprah on Twitter. This would mean Oprah would have loads of followers, but still, only follow a few people.

This measure is considered necessary in that many accounts will follow lots of people, simply to get them to follow back. So if someone has 1 million followers, but follows 2 million people, then it is more likely that they have just been following people for the follow backs, rather than are actually saying anything interesting.

It is exceptionally unlikely that they are as interesting as someone who has 1 million followers but only follows 50 people anyway.

Using hashtags can expand the base of people who see your posts, which should also help. 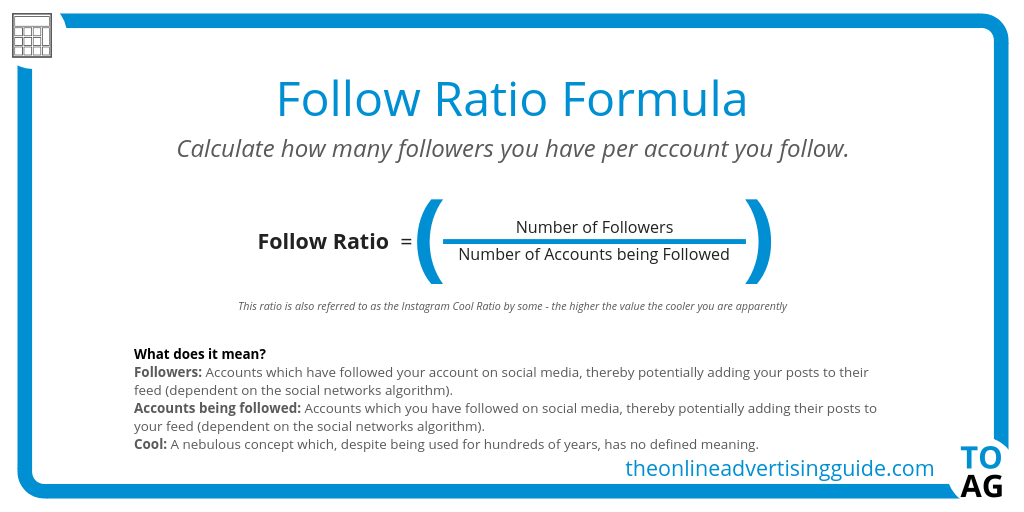 There is no average follow ratio. Celebrities might have a ratio of  100,000+, while non-celebrities will often have a ratio below 1. This is because Follow Ratio is basically only useful for Influencer marketing, and even then not really.

Celebrities and influencers are the same – some will follow freely, and some will not. This makes this ratio no more than a curiosity really, and any benchmarking of it doesn’t make much sense.

This is known as the Follower to Tweet ratio and works basically the same way.

Here is what a Follow Ratio looks like in action (and why it’s not geared to ‘normal’ people). 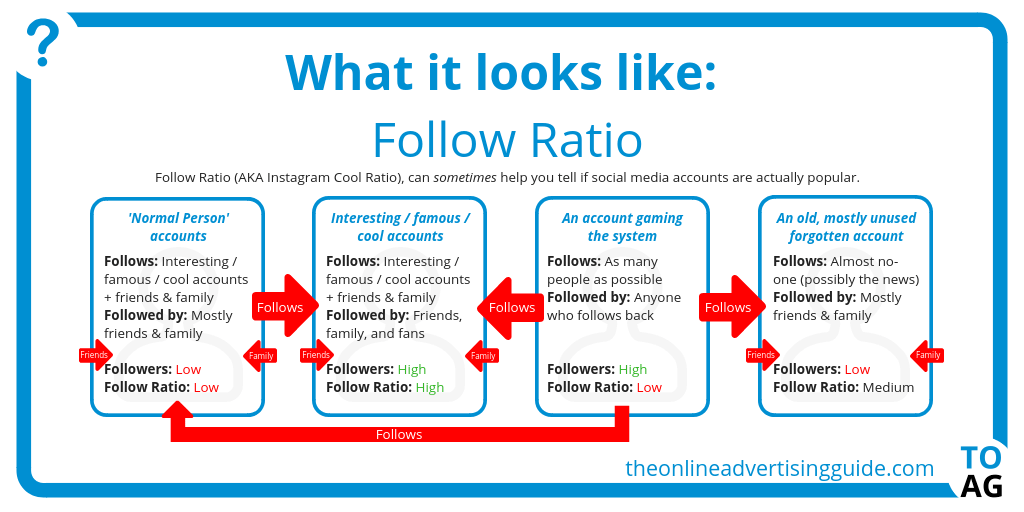 For the average Twitter user, this was a virtual nightmare. As people are notified when they get new followers, having lots of people follow you, without your follower count ever-growing (as they unfollow you so quickly) was a weird type of torment.

However this all still happens, but on a much smaller scale as it is all done manually. On average people still follow back about 20% of the time.

Engagement rate is a much better measure of success on social media, as it measures how much people care about your posts. 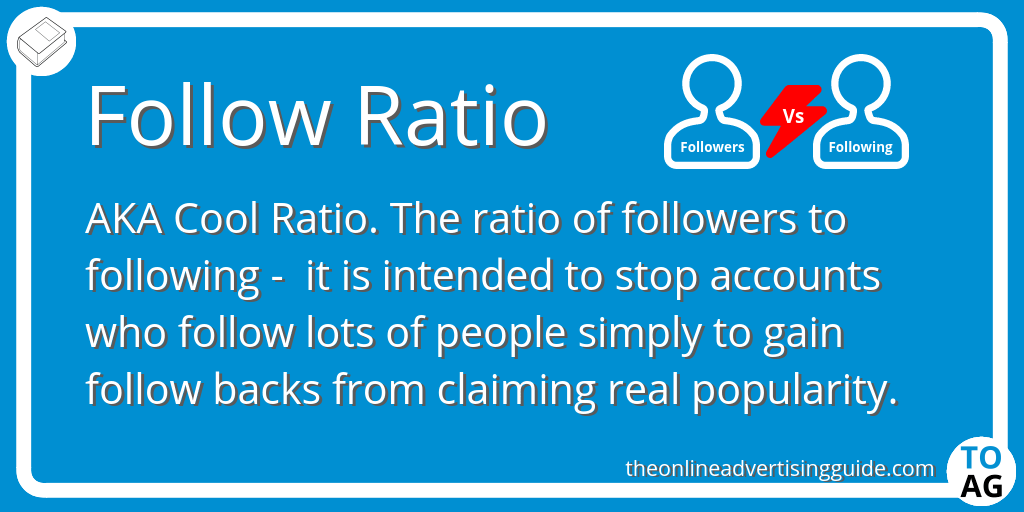