Disclosure: We have not been paid to recommend this product, although we do use an affiliate link on this page. Everything that is written on this Product Recommendation page is the writer’s honest opinion.

For growing websites which have passed the 25,000 page views per month mark, it’s time to look for a new ad network.

For small websites, we recommend starting with AdSense, but after you get to a certain size they should become your remnant ad network, rather than your main one.

This is where Media.net comes in. Media.net is as similarly low effort as AdSense and has the added benefits of collecting no data on users and being very fast to load.

On top of that, you can still add your AdSense code as your backup ads, so even if Media.net doesn’t work for you there will be no disruption in your revenue. 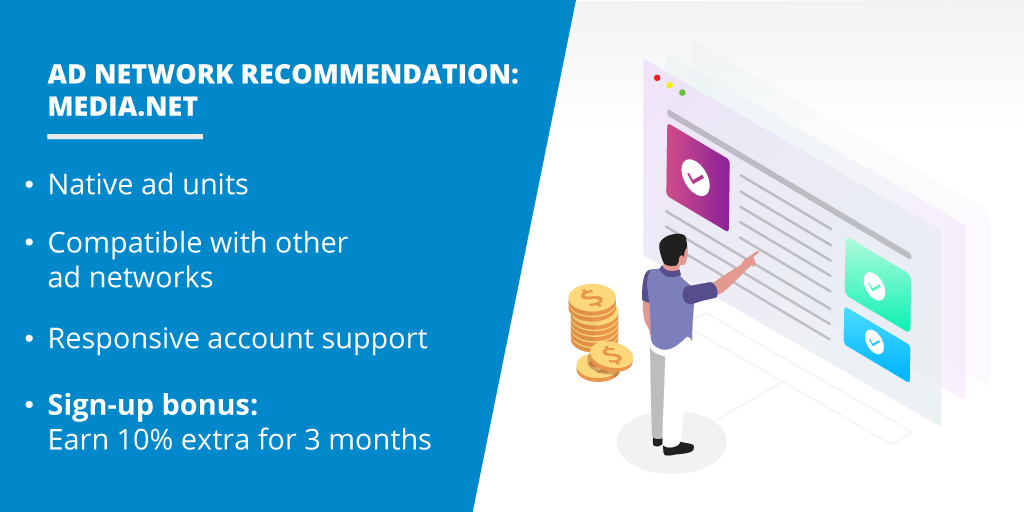 Easy To Setup and Use

Just like AdSense, Media.net requires absolutely minimal setup. It is, in fact, a little simpler than AdSense in that you don’t have to put any code in the header of your site. Media.net also has a really welcoming set of emails to get you going, letting you know everything you need to do to get started. Their reporting is incredibly simple too while also telling you everything you need to know.

Honestly, Media.net couldn’t require less effort on your behalf if they tried. If you do have any questions then they are quick to respond to emails, have a FAQ section, and have even created this helpful presentation (which they’ll send you) to simply explain how to maximise your revenue with them. 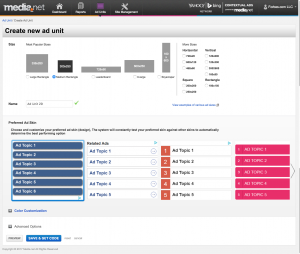 With Page Speed being so important to both SEO and eCommerce, it’s impressive how fast Media.net ads load. Similar to AdSense, Media.net has a base level of text-based ads it shows to start with. As these ads are contextual (based on what’s on the page) rather than behavioural (based on data from the user) they can load pretty fast. Similarly, as they’re just stylised text, they don’t have a very large k-weight, to begin with.

These text-based ads aren’t my favourite thing, to be honest, but just like with AdSense you’ll see them less and less as time goes on. This is because the more ads Media.net serves to your site, the more it will understand what works on your site and what doesn’t. As display ads pay more than text ads, Media.net will naturally start showing more display ads over time to maximise both your, and their revenue. 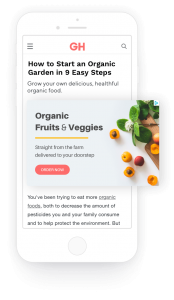 Most ad networks decide what ads to show to people based on whatever data they can find out about them. This can be through cookies or through other means, but however, it’s done people find it creepy. Looking at a pair of shoes once shouldn’t mean that you are advertised those shoes everywhere you go for the rest of your life.

Media.net doesn’t do this. Instead, it simply scans your web pages for content and shows ads related to that content. Media.net then remembers what it showed to people on that URL, and decides what to show other people on that URL accordingly. This sort of contextual advertising works even better than behavioural advertising in my opinion and is way less annoying to users of your site. 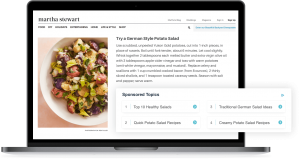 Plays Well With Others

As well as being able to add AdSense (or whatever you want) as your backup ad in Media.net, they also enrol you in the Google Ad Exchange. This is so that if Media.net can find an ad which pays better for you, they will show it instead. This sort of display advertising management comes at a cost with some other ad networks, but Media.net just adds it in as standard, which is another thing that I like about them.

They are also in the process of rolling out AMP compliant ads. If you need AMP ads immediately, they are more than happy to make custom code to send over at your convenience. 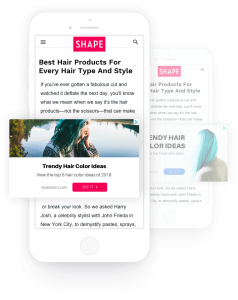 When Can I Join?

As I said to start with, Media.net isn’t for the smallest sites. While there is no official minimum requirement in page views, they say that to make their optimisation work best they want at least 3,000 ad impressions daily from mean English-speaking countries (as their ads are in English).

While this is not a requirement as such, there is no point in moving to a new ad network only to earn less money from them. Whenever you switch between ad networks there will be a ramping up period while the new set of algorithms & sales team learns what works on your site. Your goal should always be to make this ramping up period as short as possible, as you will generally earn much less in these times.

Therefore I would highly recommend waiting until you can provide around 3,000 daily ad impressions from English-speaking countries (on weekdays at least). If you have 3 ads per page (as you should), then this comes to roughly 1,000 page views per day. This, in turn, comes to about 20,000 page views per month. However it is unlikely that all your traffic comes from English-speaking countries, so you will likely need 25,000 minimum page views per month to make Media.net work well for you.

When you hit 25,000 page views, it’s time to step up your revenue game and Media.net is a great option to do that. For a fast, simple, solution that works well with what you’ve already got while pushing you on a bit further, I strongly recommend Media.net.