Twitter Spaces is a live audio space that users can launch to talk to other people. It was tested in November 2020 with a small number of users, and then launched to the public in May 2021.

Twitter Spaces is Twitter’s version of Clubhouse – which is a social network that focuses solely on this live audio space functionality. This audio chat function is now included on many social networks.

The idea of Twitter has arguably always been to enable conversation. This is why Twitter buttons on other sites often say “Join the conversation”. This makes an audio feature seem like an especially natural extension of this social network.

The person who launches a Space is in control of it and can decide who can talk and when.

Twitter Spaces are public. This means that anyone can join a space including people who don’t follow you. To stop someone from joining (or to kick someone out), the creator of a space needs to block that person. 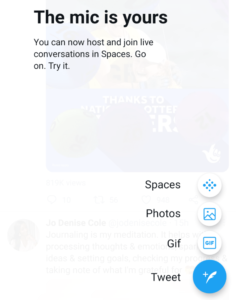 A Twitter Space has no set time limit. They end when the host ends them.

Spaces are frequently used for small scale panel discussions. In this way, they are like talks at conferences, which makes them an excellent way to demonstrate your expertise in a subject. They have also been used widely for promotion – including for movies with discussions with the actors.

Hosts of spaces can download the audio file by requesting a download of their data (go to settings > Your Account > Download an archive of your data). You then have to look through the data files to find the audio recording. You can do this for 30 days after the space has ended.

I strongly suspect this process will be improved before long. If you are investing time in making a Twitter Space, you should definitely grab the audio file and make use of it again. Turn it into a podcast and/or video, create a transcript and use it as a blog post, and pull out quotes to use on social media.

Find out more about how Spaces works from Twitter.

You should let people know before you launch a Twitter Space or take part in a chat. I would recommend telling people a week before, a day before, an hour before, ten minutes before, and when it launches.

A Twitter Space is essentially a form of webinar for people not speaking. And as everyone knows – webinars are classically very easy to forget about! 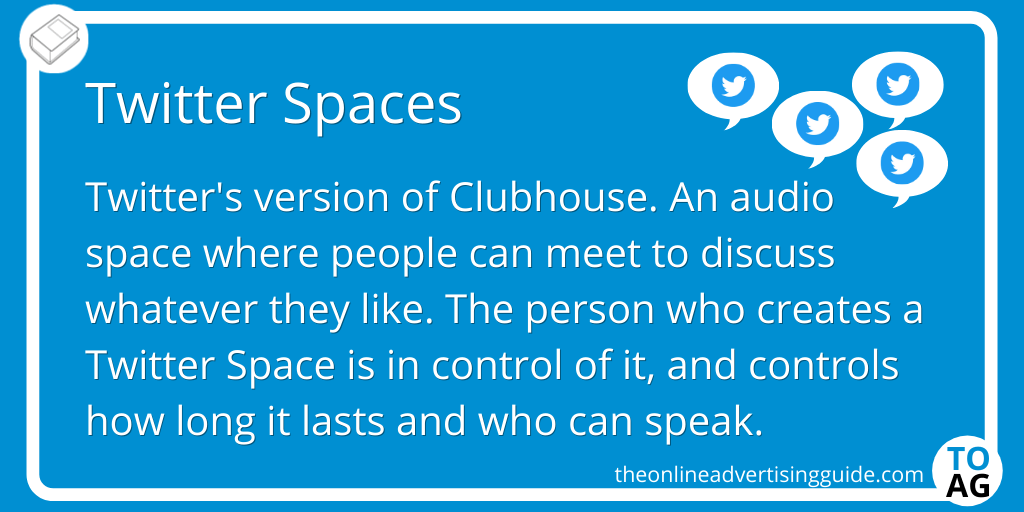