Tumblr is a multimedia social network owned by Automattic (who bought it from Verizon). Founded in 2007, it focuses on short-form blogging and reposting content to be commented on. It is one of the top ten social networks.

7 Things To Know About Tumblr 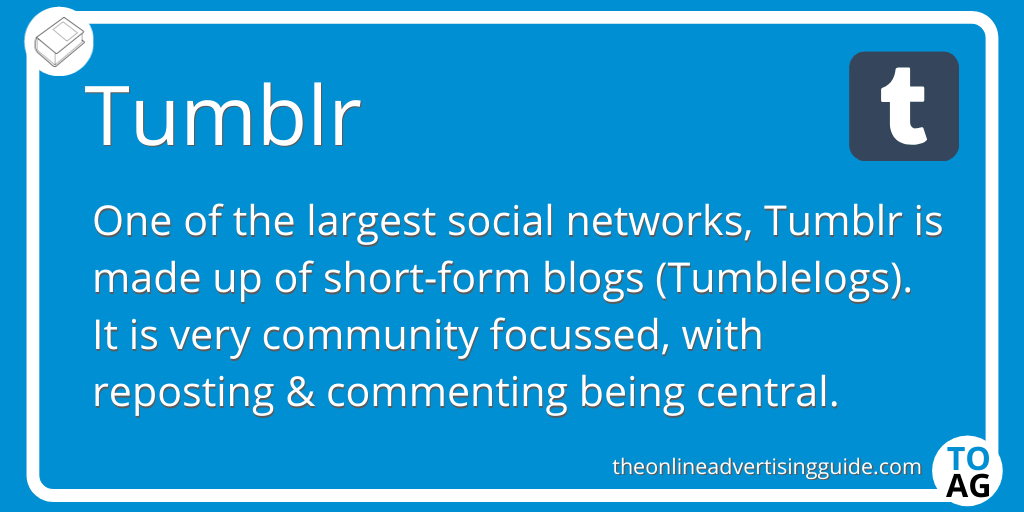