A timeline in social media refers to a type of feed where all posts are listed in reverse chronological order. While social media feeds are still sometimes casually referred to as “Timelines”, most social networks now default to algorithmically arranged feeds when looking at posts from multiple users.

Timelines still exist on users’ own profiles, however. For profile Timelines, there is typically a list of all the posts that either a user posted themselves, as well as options to view everything a user reacted to or commented on. 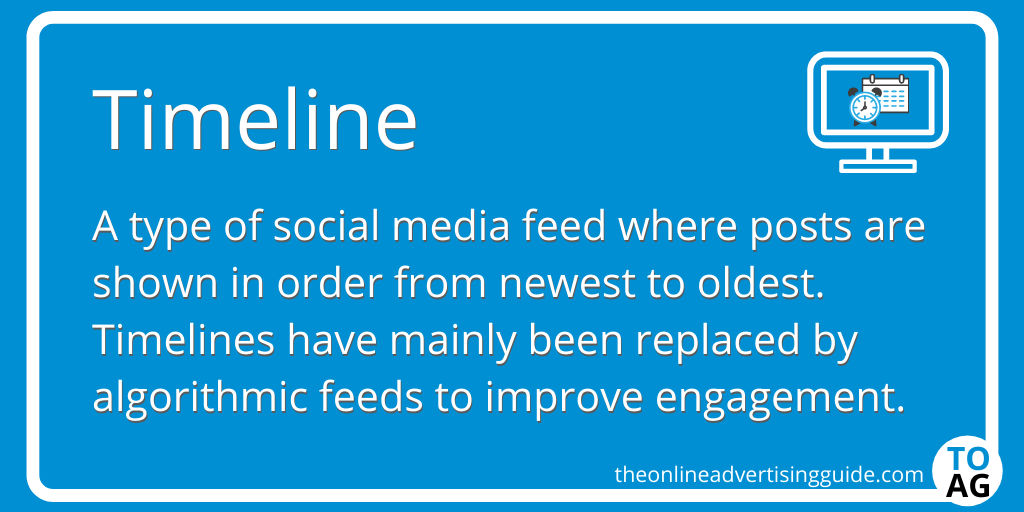