Skippable in online advertising refers to ads (usually video ads) that do not have to be watched by a user (they can press a button to skip them). This is usually a function of ads that are delaying a users progress to the content they were looking for.

Advertisers typically do not have to pay for ads that are skipped which makes them good value for money. These skipped impressions are usually not counted (or are counted separately).

This is what a skippable ad looks like. There is often a countdown before the skippable button appears: 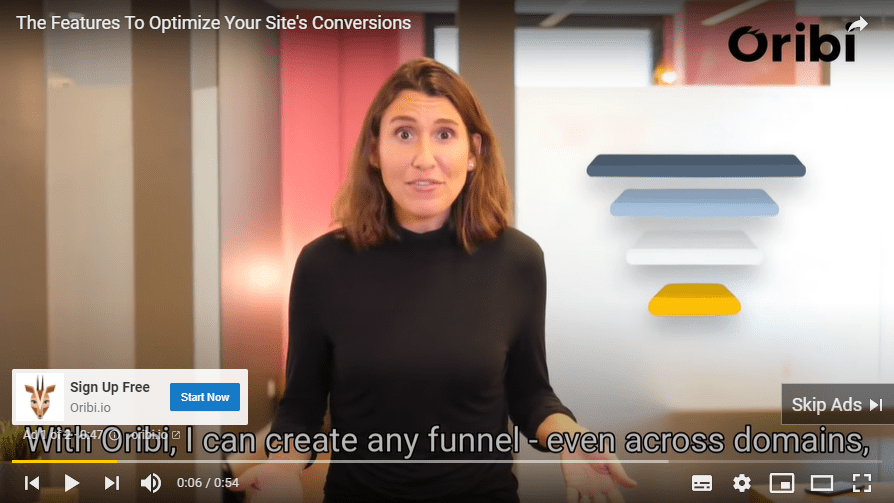 Many advertisers who run skippable ads try to “have their cake and eat it”. That is to say, they pay for skippable ads but also try to cram a full ad into the non-skippable bit at the start. This is working against the strengths of the format.

People don’t like ads – especially ads that get in the way of the content they are trying to view. This is why skippable ads make sense. The vast majority of viewers were never going to pay attention to your ad whatever happened. Allowing them to skip gets rid of this uninterested audience.

Once they are gone you can speak to an audience who have already demonstrated a level of interest. This engaged audience is potentially much more valuable to you and will likely convert at a higher rate than the full audience you started out with.

Getting rid of the completely disinterested audience in this way is a similar process to qualifying leads. And qualified leads are much more likely to convert than unqualified leads.

This isn’t to say you can’t put some memorable branding or messaging in the first few seconds of the ad to make skippers remember it. However, the period before the “Skip” button appears should be used to hook viewers into voluntarily watching your whole ad.

Think of it this way – if your ad goes through the complete arc of intro to CTA before the skip button, you are giving people a familiar sense of completion. Everyone has seen ads before and we have all internalised the typical points that are hit by them. So if you take people through that journey and then offer them a skip button you are in fact encouraging people to mentally (and physically) dismiss your message. It’s a bad combination.

If your ad network runs skippable ads, it is very likely that you will not be paid for the impressions on ads that are skipped.

Skippable ads often perform very well for advertisers, as users who do not skip are expressing an interest in the ad. Therefore out of the impressions that are counted, there is often a high conversion rate.

These two facts together make skippable ads more expensive than their non-skippable counterparts. Publishers who run skippable ads are using more impressions in order to provide engagement, but are also able to promise higher levels of engagement.

This usually makes skippable ads a good deal for both the advertiser and the websites running them. Advertisers are paying more for higher-performing ads. You are being paid a premium to ‘waste’ ad impressions – but that premium should make up for the ad impressions wasted.

On top of this, providing better performance for advertisers will encourage them to run more ads on your site, and will make you more money in the long run.

As with all intrusive ad types, we recommend that websites run them infrequently so as to not annoy their user base. Websites should not run more than one video ad in a row, even if it is skippable, as losing users will lose more than revenue than doubling up videos will earn. 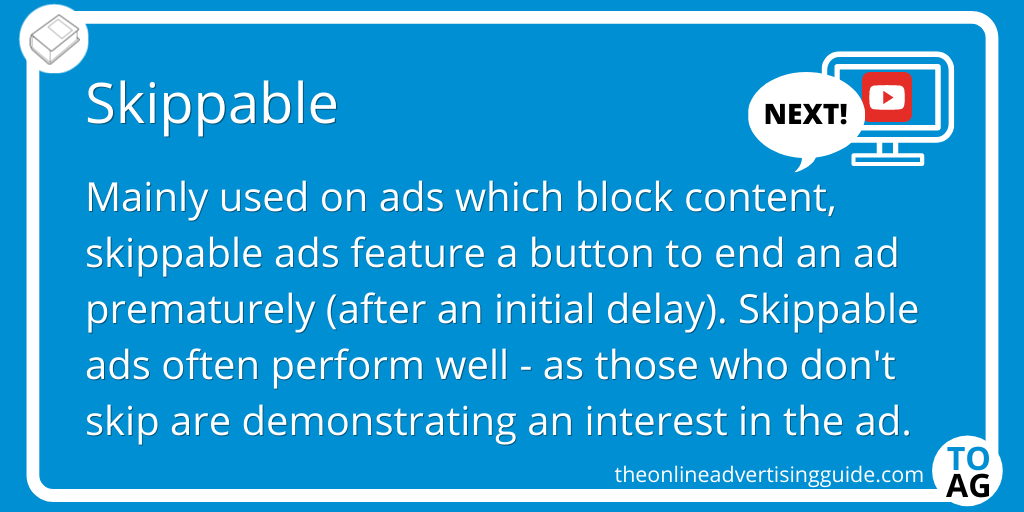