What is a Response Rate?

Response Rate is a term often used for surveys and email marketing but can be applied to any advertising. It means the percentage of people who saw something and then completed the desired action.

For example, if you sent 100 people a survey to fill in and 20 of them replied, then the response rate would be 20%.

For online advertising, an example would be if 1000 people saw an ad, and then 20 bought something because of it, then the response rate would be 2%.

What does Response Rate mean?

The Response Rate, as with CTR vs clicks, is theoretically a better metric to use than just responses. This is because it helps you work out the speed at which surveys/emails/ads are causing conversions. In this way, it is easier to compare campaigns that are reaching different amounts of people.

A conversion is a catch-all term for an acquisition (sale) or action which results from a CPA campaign. It comes from the idea of converting a non-customer into a customer.

Response Rate is an inconsistent measure, unfortunately, as there are many ways to measure what constitutes someone having seen an ad/email/survey. These are listed on Wikipedia here for surveys. For advertising the problems include:

The Response Rate formula is: 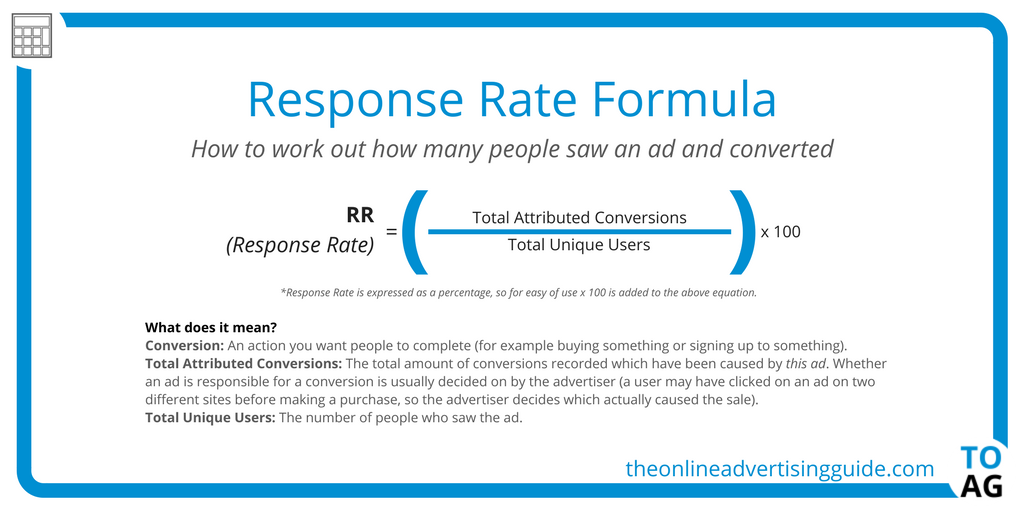 Other names for Response Rate (synonyms)

RR, Conversion Rate (people often think of them being the same) 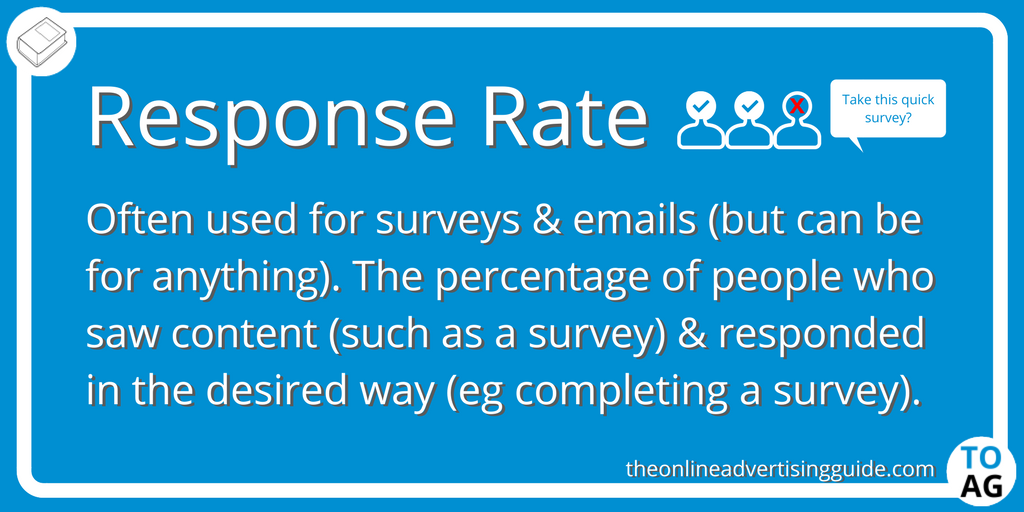