A Push Down is a special type of display ad that pushes the content of a webpage downwards. It is a sort of combination between an overlay, an expandable ad, and a leaderboard or billboard ad.

This type of ad is quite rare, but seemingly quite effective – possibly due to the ‘dramatic’ entrance it makes when actually pushing down the content of the page.

7 Things To Know About Push Down Ads 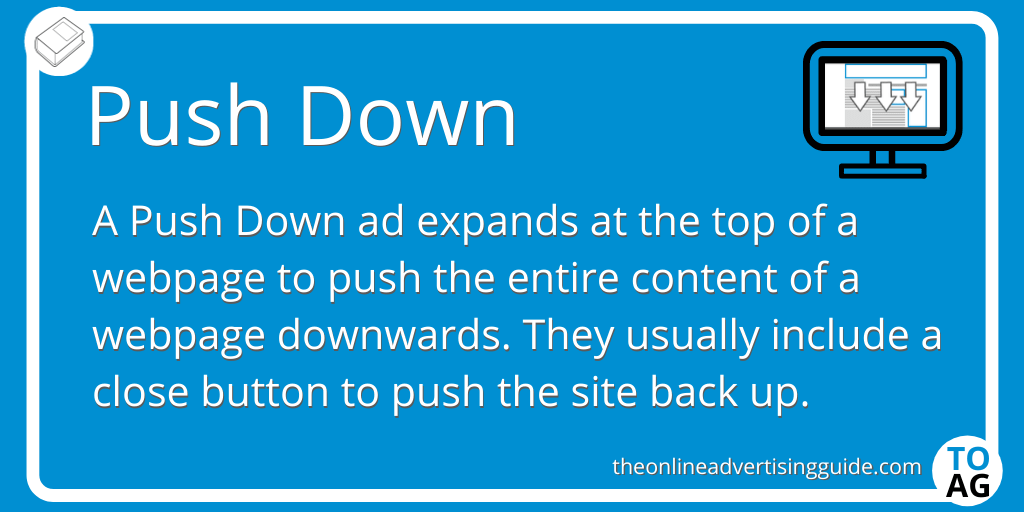