What Is A Pre-Roll?

Pre-Roll is commonly used to refer to any type of video advertising. It is also often called Video-On-Demand (VOD) in online advertising.

Pre-Rolls are an incredibly effective yet expensive form of advertising. They are prevalent across most sites with any amount of video content and are highly sought after by marketers and ad networks alike.

Pre-Roll (and all video ads) are usually sold on a CPV basis. This means that video ads are paid for per time they are viewed. They can also however be run on any advertising model such as CPM, CPC, or CPA.

Pre-Roll actually means ads that appear before a video, and Video On Demand actually refers to a video that can be loaded at any time (eg content on Netflix or YouTube).

However in online advertising when people use these words, they generally are used to mean any video advertising.

The terms Pre-Roll and VOD ad are both are used pretty much interchangeable with the following terms:

However, Pre-Roll is not generally used to describe video companion ads or ads that run videos inside them. This ‘other’ type of video ad includes:

This is how Video Advertising breaks down into categories: 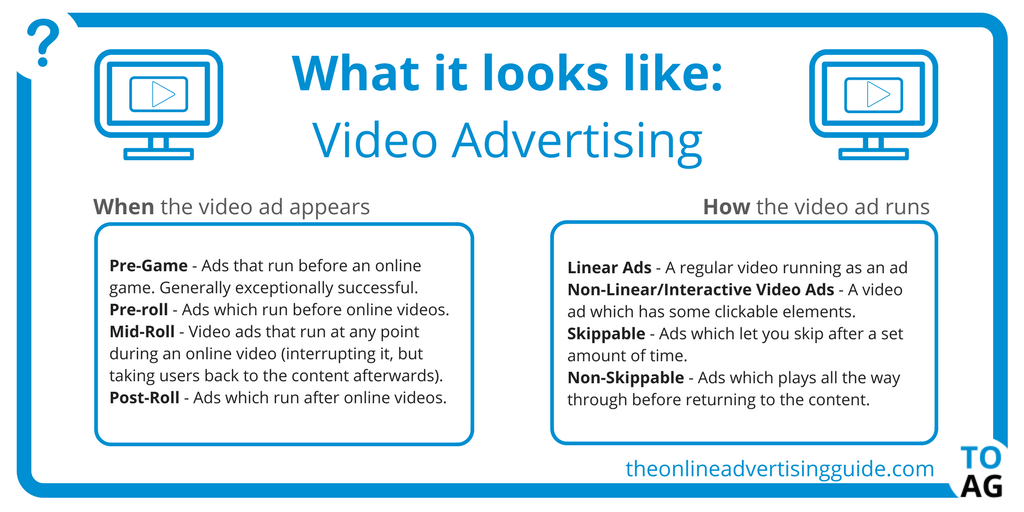 There are in essence two major types of VOD content – skippable and unskippable. For the most part, you are unable to choose between these when buying from (or signing up to) an ad network, so other metrics must be considered.

Here’s how it looks:

VOD covers all types of video ads, whether before other videos or games

Apart from initial implementation, the use of metrics is what creates the main degree of difficulty with these types of ads.

Advertisers will often want their whole video viewed (as they spent a lot of time and money on it). This encourages them to request metrics that track the % of a video viewed by users on average. The justification for this type of metric (VTR) is that the more of the video a user watches, the more engaged the viewer was.

The issue with this is that most video ads are clickable. If a user clicks a video ad, the ad will stop while the user goes to the destination website. So when someone clicks a video ad, despite the ad arguably doing it’s job and creating traffic for the site, it will harm the metric that some advertisers want – % watched.

Because of this dichotomy of goals, deals involving pre-rolls should have the desired metrics pre-agreed to ensure both site owner and advertiser are happy with the outcome.

If you have video or flash game content on your site then we highly recommend you look into providing pre-roll advertising. The CPM for pre-roll ads is generally much higher than other forms of online ads and so could be a comparatively great earner for you.

It can be tricky to set up your site to take VOD ads, however, especially with regards to making sure you have the ability to provide % viewed metrics. You should therefore preferably have a web developer you can rely on to set up your VOD ads.

If you sign up with an ad network however they will likely help you through your setup, so it’s a good idea to take a look at them. A couple of reasonable video networks to get you started are YouTube Video Ads and BrightRoll.

Tip: You are unlikely to get the full amount of impressions from your pages containing videos. This is due to issues loading, as well as a high level of skipping on video ads. It is also standard practice of putting a 1/24 frequency cap on your VOD ads. All of these combined mean that you should be seeing at least 1,000 video views per month before considering this type of ad.

If you have the ability and budget to produce and buy VOD advertising then you should seriously consider it. Still a somewhat fragmented market, video ads can be bought from most regular ad networks as well as some specialising in video only.

Before purchasing a video ad it is vital to make sure that you have decided what you want from it. If it is a branding exercise then you should hope for high user view time percentages. However, if you are using these ads to channel sales then a high CTR is likely your goal.

Whichever you choose, make sure you communicate what you are looking for to whoever you buy the ad space from, so that they can optimise your campaign towards your goal. 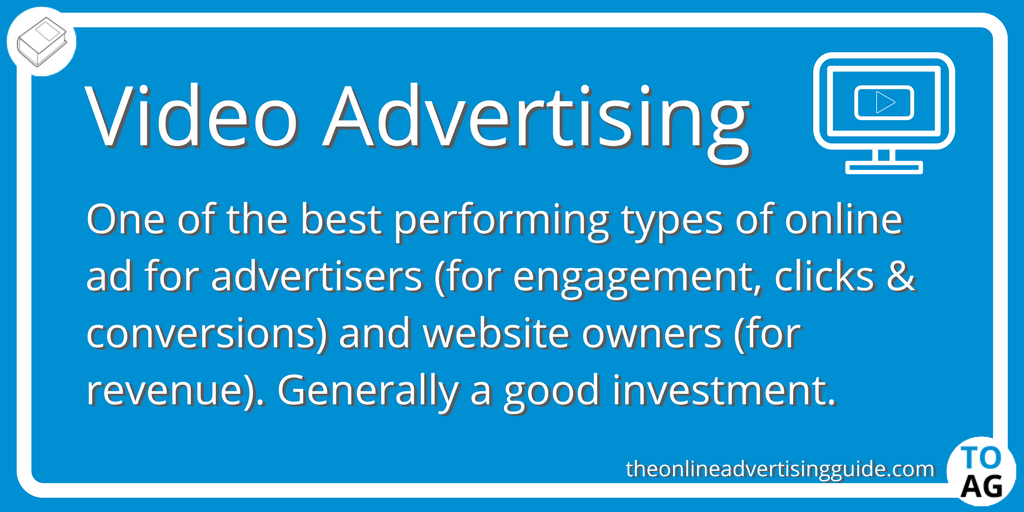