A Post-Click Conversion, or PC Conversion is when a user converts after a click. This click can occur anywhere (on a link, an ad, an email, etc). The conversion does not have to happen immediately, only within the Post-Click Window.

The length of a post-click window is set by the advertiser or the website but is usually either 7 or 28 days long.

This type of conversion is used as a billing metric for CPA campaigns, but can also be used to simply demonstrate the success of other types of campaigns.

In analytics, when only the last click is counted this is referred to as last-click attribution.

Sheila sees an ad for pizza on Facebook but ignores it. That same day she see a tweet on Twitter from the pizza company, and this time she clicks on it. Sheila changes her mind at the last second though and closes the browser window before the website loads.

The next day Sheila receives an email from the pizza company too good to resist, and she clicks the link in it. Sheila’s got dinner plans already though so she doesn’t place an order.

All the delicious pizza ads she’s seen linger in her mind, however, and so two days later Sheila goes to the pizza companies website and places an order.

The pizza company would most likely only attribute the conversion to the email they sent. This is because: 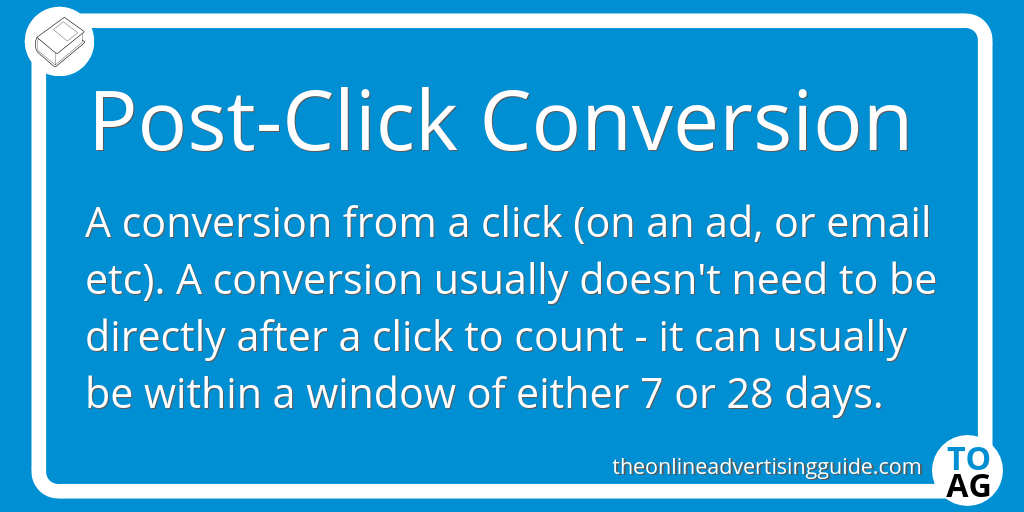