Open Rate is the percentage of people who were sent an email who opened it. It is one of the core email marketing metrics, along with Delivery Rate, CTOR, and Conversion Rate. It is occasionally shortened to just OR – but only by email marketing professionals.

Open Rate is an odd email marketing metric, as it is not used to measure how good the content of an email is, but rather the meta-variables around it, such as:

It can also help measure the general loyalty and interest of the users being sent the email.

Understand your email campaigns better with our
Open Rate Calculator >

Open Rate is defined as the percentage of people who opened an email out of all the people who had that email delivered to them.

Please note the use of “delivered”. While the definition of what counts as a “delivered email” varies slightly between email platforms, it does not include emails that have bounced or were not accepted at all. This is important to note as Open Rate is not the percentage of people who opened an email out of the number of people you sent an email, but rather out of the number of people who “received” that email.

The Open Rate equation is: 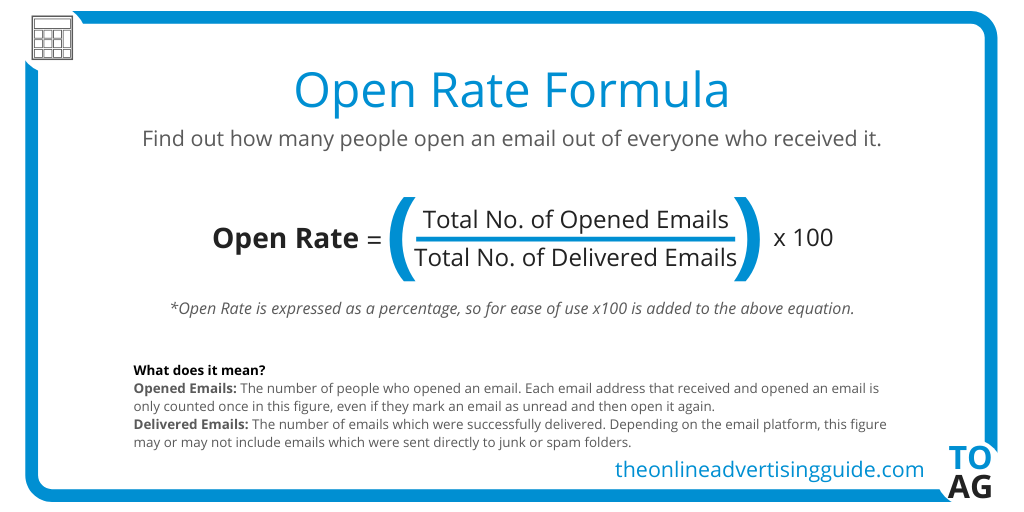 The general consensus is that Open Rates generally hover between 15%-25%.

If you are getting an open rate below 15% then you should start testing your subject line, preview snippet, and the time (and day) you send your email. Only do one of these things at a time so you can try to work out whether or not it is having a positive effect.

If you are getting above 25% then good work, keep it up.

There are a few important things to note about Open Rate: 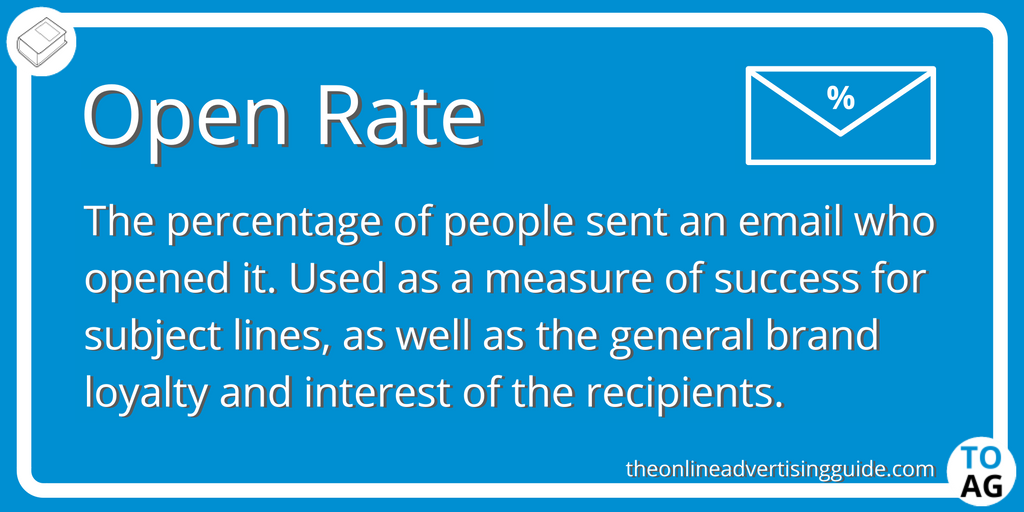