In the Preparing Your Site section we told you to stick with IAB standard ads. This was because these ad sizes have been shown to maximise revenue, and are common enough to minimise setup effort.

However, sometimes an ad network will ask you to put another ad unit onto your site. This is usually because they are selling lots of it, which makes it a good idea to oblige (assuming they have already proved themselves good for your site).

Apart from the three standard ad units, there are a few other legitimate and widely used non-standard ad units. Below is a list of some of the most common (for further information, please see our Ad Size Guide): 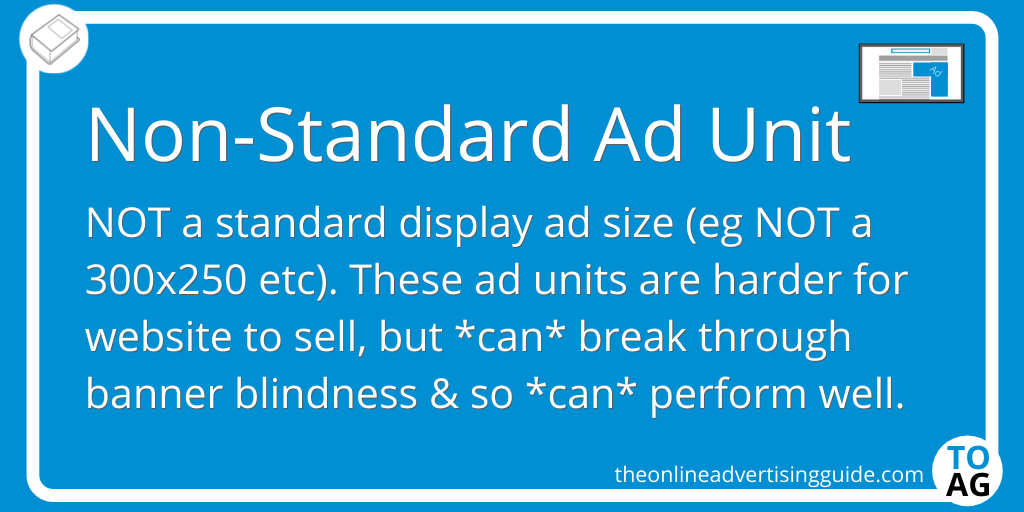