What is a Homepage Takeover?

A Homepage Takeover is a type of roadblock in which the Homepage is filled with ads from one company for a specified time frame. This will generally include all ad units on a page as well as a reskin and will be usually sold on a CPD basis.

Homepage Takeover is often abbreviated to HPTO and is considered a type of sponsorship. It is a high-value type of co-branding deal. This is where an advertiser is paying for the value of being associated with the websites brand, as well as the ads which are actually run.

This is an example of a homepage takeover: 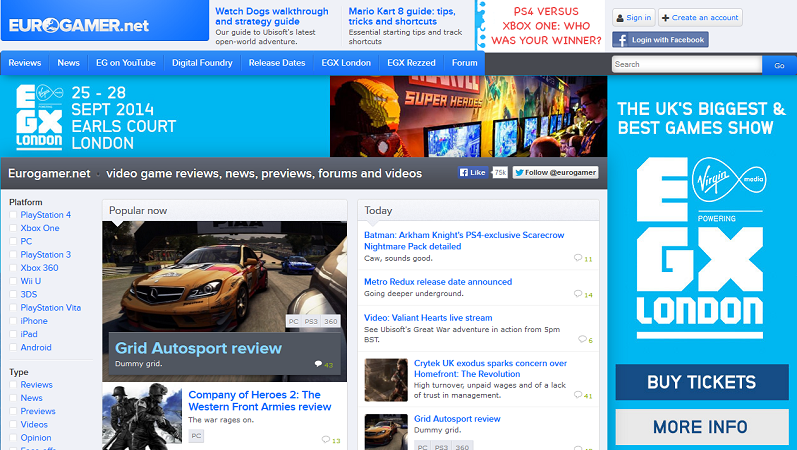 Note: all ad units and part of the background are focused on one advertiser

Most of the time an HPTO is sold as a Sponsorship deal on a Cost Per Day basis. This means that the Homepage Takeover will appear all the time for a set period. This is the least effort version of this type of deal, and therefore the most likely to run successfully.

As long as the ad unit that loads first, and the one which loads last have within 30% of the same amount of ad impressions, it is likely that there is no technical issue. Find out more about discrepancies here >

This is one of the reasons why selling on a CPD basis is ideal. Some sites sell HPTOs as a roadblock – ie on an impression basis. This means that it will appear to users just enough to hit its impression goal.

However, due to the discrepancy between ad units, most advertisers will only accept that an HTPO Roadblock has loaded if all units are present at once. This can cause huge losses to the site. Repeated occurrences of the HPTO not loading entirely correctly will mean large amounts of impressions have to be written off.

Therefore only sites with a great technical team should attempt to sell HPTOs on a rotational roadblock basis like this.

Don’t make/accept homepage takeovers that are annoying. This ad space is expensive – make sure people who see it enjoy the experience. Don’t include overlays or pops unless they are amazing.

A Homepage Takeover can earn you a lot of money compared to other types of advertising. This is because your homepage will likely not generate a lot of clicks, but will create a lot of impressions.

Many people enter a site through the homepage, meaning it will probably get a high level of page views. However, if your site is designed well, most people will want to continue into your site once they’ve hit the homepage, rather than leave via an ad.

Also as many people enter through site homepages, they often have a high ratio of unique users. This means the ads people see on this page, are the first ads they see on your site.

Adding all of these facts together means that a homepage has a lot of potential value. It paradoxically often earns little money, however. A Homepage Takeover is a great solution to this problem.

However much you earn from the ads just on your homepage, you can charge a premium on top for homepage takeovers. This can be between 2x-10x as much as you would usually earn. You are selling all of the ad space on your homepage (as well as a reskin) AND the value of your brand. On top of this users who see this HPTO are likely to be fresh to the site, and so more susceptible to the advertising message.

If you have a big advertising budget and want to have a high impact ad campaign, then a Homepage Takeover might be for you. If you can find a site that has users you really want to grab the attention of, then a homepage takeover is basically impossible to ignore.

These are quite difficult campaigns to run for websites. Therefore make sure you give them plenty of time to test your ad units before the campaign. On top of that, if you are including a reskin, make sure you know in advance what their reporting capabilities are.

As mobile sites have so much less room (and ads), you may want to consider including a reskin of the sites logo as part of the deal. This may cost more but will mean that your HTPO is seen by everyone, including mobile users.

It can be tempting to run a Homepage Takeover as a roadblock unit on rotation with other ads which only targets users first page view of a site. This can reduce costs, and improve performance. However, it also increases technical difficulties which will discourage the site from running them again.

If you only pay for the HTPO roadblock when all ads show (which you should) then this will also reduce profitability for the site. This will likely encourage them to either increase prices or stop running Homepage Takeovers altogether.

Also, by running an HPTO on a rotational basis you are reducing the impact of your ad campaign. By “owning” the homepage of a website you are demonstrating a serious investment in your ads. By having them pop up now and then, you are just running regular advertising as far as anyone knows.

We therefore highly recommend to ad buyers to run Homepage Takeovers on a sponsorship basis. 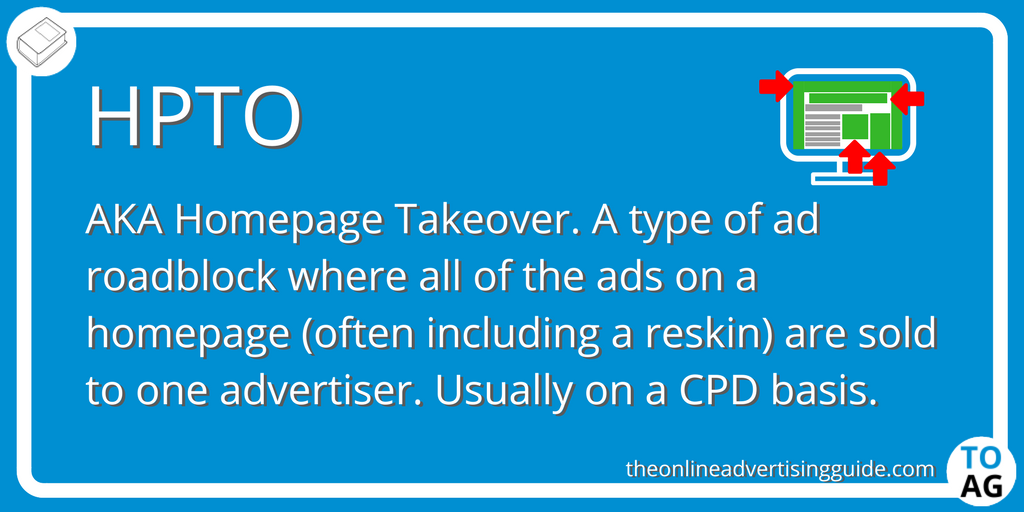