A hashtag is this symbol #. It is used on social media to categorize posts so that other users can search a topic easily (for example a picture of a kitten might be followed by #kitten, which a user could click on to find more kitten related content).

They were invented in 2007 on Twitter by a user named Chris Messina (and were originally considered ‘too nerdy’ by Twitter itself to adopt).

As this is a user-generated system of categorisation, there can often be competing hashtags on the same topic when something new comes up.

Hashtags are often also used for non-categorisation reasons to punctuate a post (sometimes, but not always, for comedy reasons). For example, a post critical of the government may end in #GuvSucks or a post about an easy day at work may have #IWorkHardForTheMoney.

Hashtags are commonly used in marketing for: 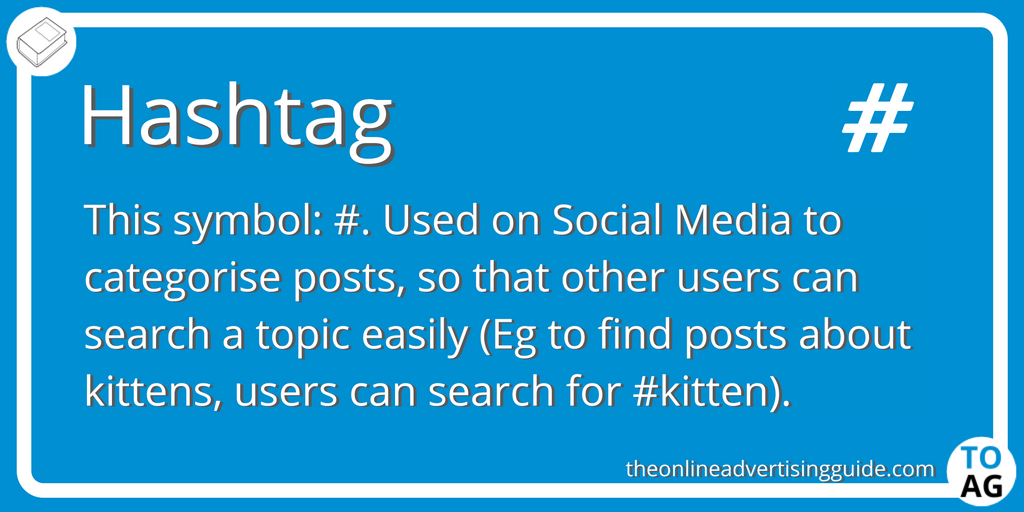