A social networking site, where users can post updates in their timeline which include text, photos or videos. Users can become ‘friends’ with other users as well like or follow pages to populate their own feed with updates. It was founded in 2003 (as FaceMash) and didn’t actually turn a profit until 2009. It is now the largest social network in the world by quite a long way. 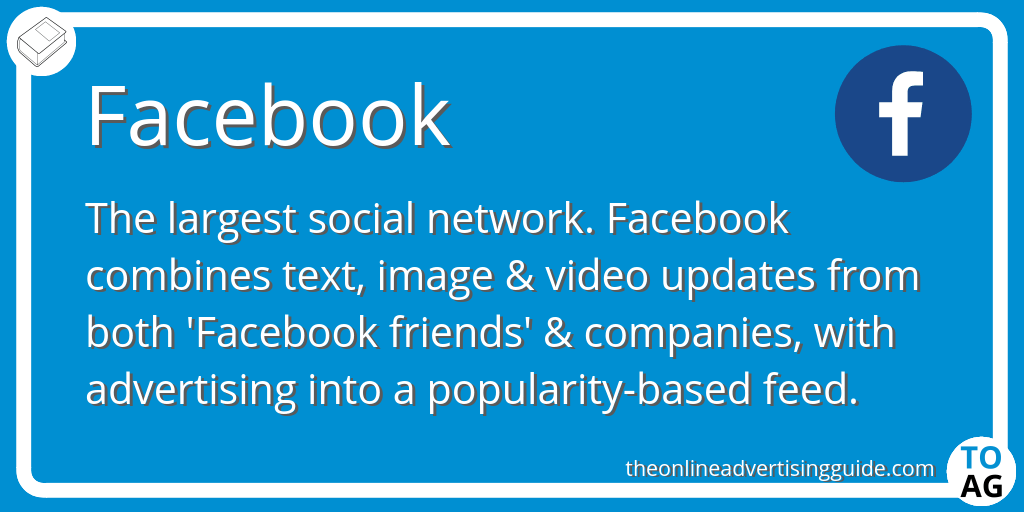