Downweight is a term used when optimising ads. It means reducing the appearance of an ad on badly performing ad placements so as to improve the overall performance of a campaign.

The opposite of downweighting is upweighting – moving more budget to better performing ad placements.

An ad for a new and revolutionary type of cheese is running on 5 different websites. After a month the budget for the ad spend is being reviewed, and the following results are reported from the 5 sites:

Note: It should go without saying – these results are not real. Apologies to any of these websites if they are real.

To improve conversion rates, cheddar.com and brie.com are downweighted – meaning budget is moved away from them to better-performing sites. In this case, brie.com would probably be cut out altogether, while cheddar.com would at least be given a smaller budget.

By doing this, the conversion rate will (almost certainly) improve simply because less money will be spent on bad performing sites.

When possible, tell a website that it is performing badly before cutting its budget. Often a threat of losing money will encourage a site to pay more attention to your campaign and work out ways to improve performance. This works doubly well if you share your performance target with the site, so they have something to aim for.

7 Ways To Think About Downweighting

It’s the opposite of (antonyms)… 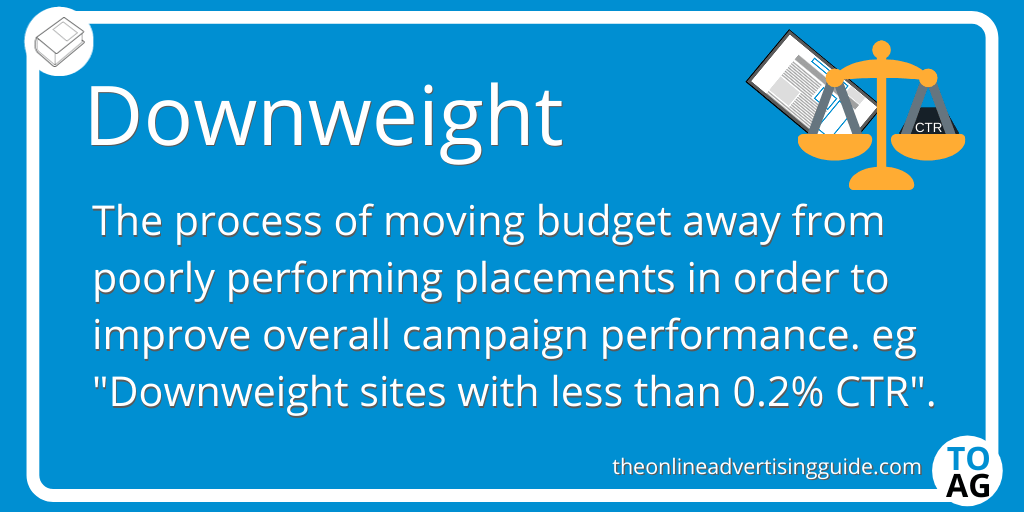