Also known as vCPM and CPMv. CPvM advertising is where the CPvM price is the amount that gets paid when an ad is viewed 1,000 times. Viewed is the significant word here, as at least 50% of an ad has to appear on a users screen for one second it to be paid for.

CPvM means Cost Per Viewed Thousand (with M being the Roman numeral for 1,000). It is a variation of the CPM ad pricing model. It means that an advertiser only pays when an ad is actually seen 1,000 times, whereas CPM means the advertiser pays for every 1,000 times the ad is loaded. The difference between the two comes from the fact that many ads are placed below the fold, and so if a user does not scroll down, they may not actually see the ad even though it is loaded.

This is a relatively new form of ad pricing model, which was intended to solve the problem that CPM ad buys don’t guarantee any level of quality (just quantity). However, while they are commonly used by some ad networks, CPM is still the far more common form of pricing.

This is mainly because the definition of a viewable impression is still being argued over. It is also because if this ad pricing model was generally used then websites would be designed with more ads above the fold, and people generally don’t want that! 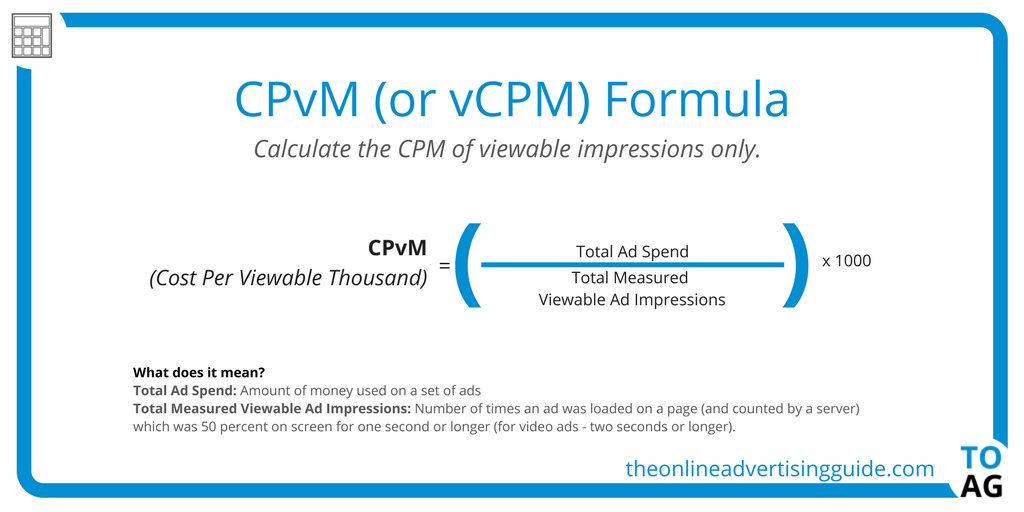 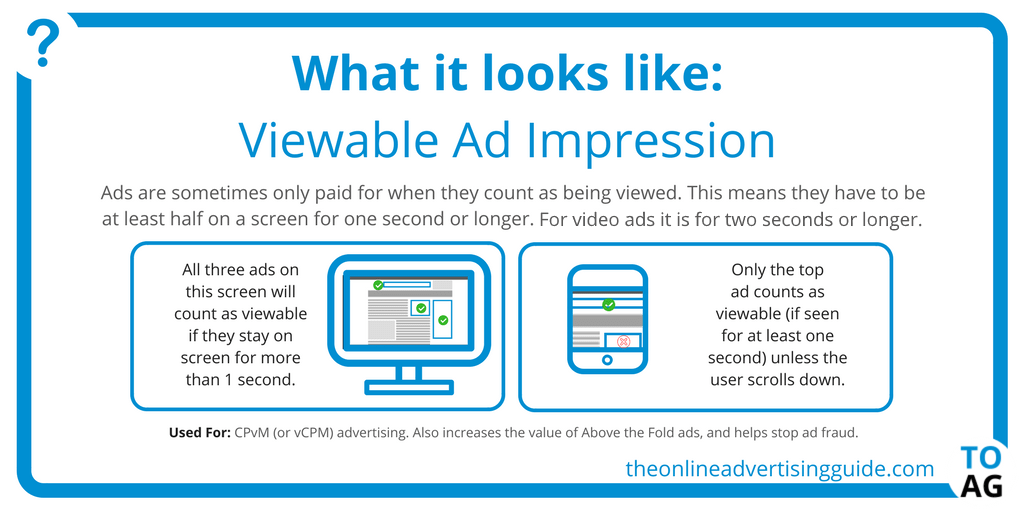 This ad pricing model isn’t widely enough used to have reliable averages. You should expect them to be up to 50% higher than CPM rates, however.

Other names for CPvM (synonyms) 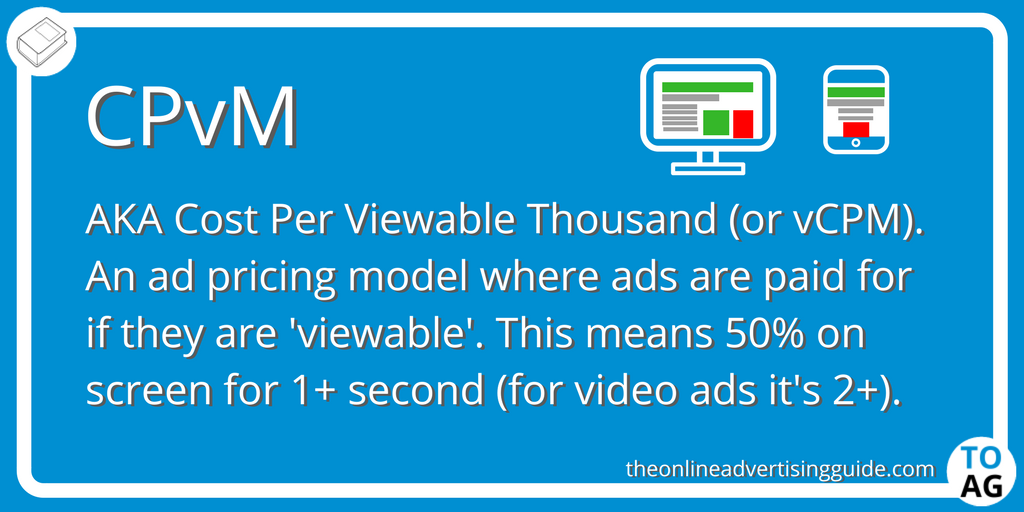