What does Cost Per View mean?

CPV means the price that gets paid when a video ad is played. In general, the video doesn’t have to be watched the whole way through to cause a payout – just started. In some video advertising models, this price is also paid when someone clicks on a video ad.

It used to be that Cost Per View referred to Adware – software that would show you ads on your computer (not on the internet). Sometimes this was legitimate and happened during the loading or installation screens of software. Often however the Adware was downloaded without the user realising, which would lead to them being forced to view ads at random times. This practice is thankfully becoming increasingly rare.

CPV now refers to video advertising, and in most cases just means the amount you pay to get someone to watch your video. In some cases, it can refer to videos within standard ad units, but it mostly means VOD.

Video networks like YouTube are where the majority of this advertising takes place, and like with all focussed ad platforms, they generally offer great service and analytics.

The equation to work out the cost per view couldn’t be simpler: 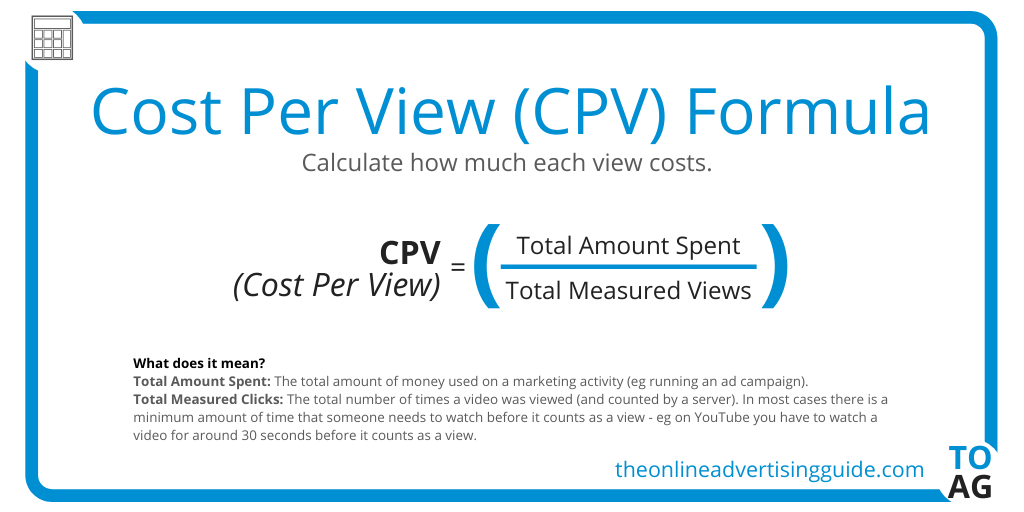 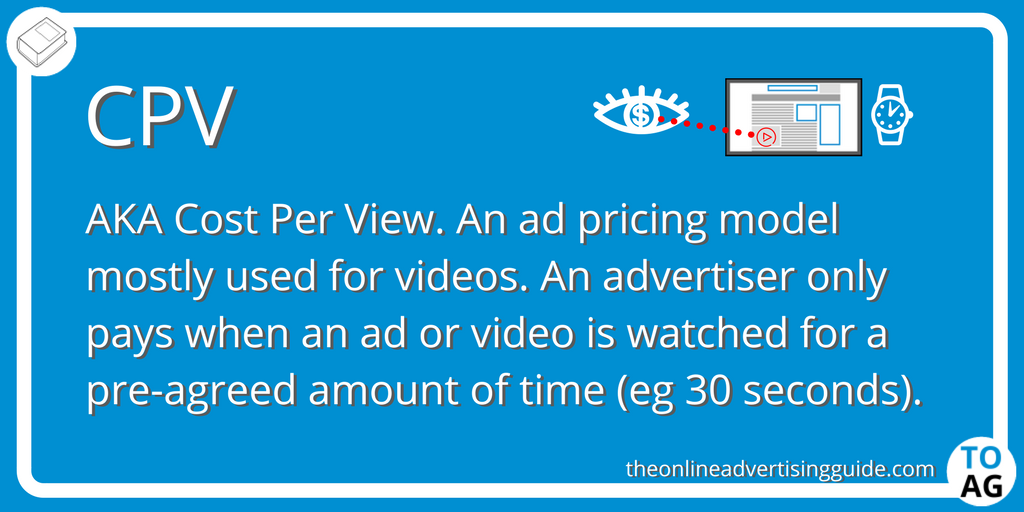