An Ad Call or Ad Request is when one computer requests an ad from another. It is a generic term that refers to the request for an ad. It is useful for many descriptive purposes but can get a bit messy if you chase down all the things it refers to. The whole process is somewhat reminiscent of the old woman who swallowed a fly.

What is an Ad Call?

When you load a webpage on your computer, your computer is actually asking a server to send it the webpage including the ads on it. Each ad on the page is ‘called’, and each ad that fully loads counts as one ad impression.

Of course, an ad server is generally used to manage ads from many different places, so it could also in turn be asking another server/vendor/platform (some sort of computer) for the ad, and that would be the actual original ad call when you load a webpage.

Any of these actions can (and are) referred to as ad calls, and it’s just really a convenient way to refer to the action. It would usually be said either in terms of statistics (“the website made 10,000 ad calls this morning”) or troubleshooting (“there is a problem with the ad calls on the ad servers end”). 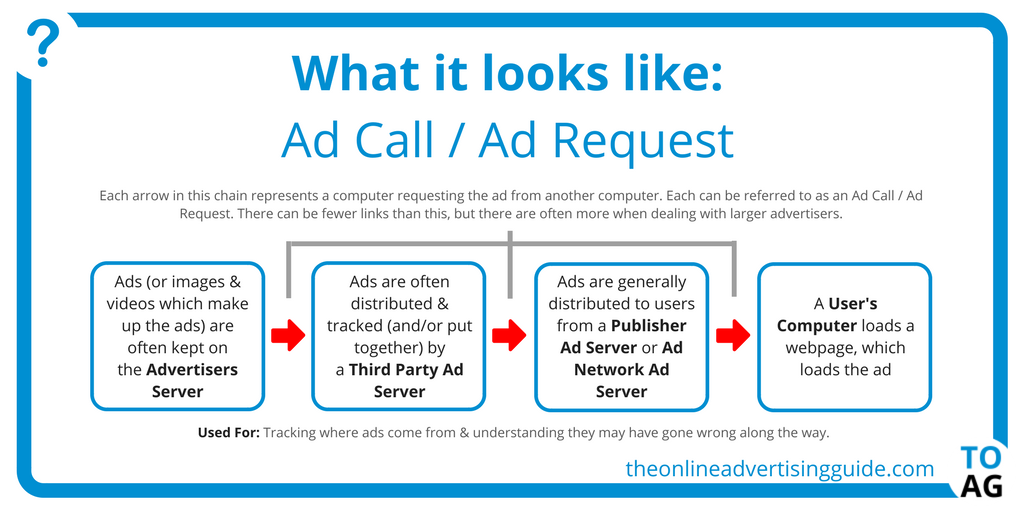 Other names for Ad Call (synonyms)