The 300×600 half page unit is a highly successful ad unit in terms of both performance and the eCPM it commands. However, it has not made it onto the standard ad list yet because there are not enough sites that are designed to take it currently (it is on the IAB’s rising star list, however).

The Monster MPU, Half Page Unit, or Filmstrip dimensions are 300 x 600 pixels. Below is a live example of this ad unit.
Note: The live ad may not always load for technical reasons, and instead a backup image will show.

If you have a choice about your site’s design then you should leave enough space underneath your 300×250 so that you can deliver this ad into the same ad slot.

This ad unit is often used as part of sponsorships, so if used it should be placed on every page.

This ad unit is usually very successful when used well so should be considered. It is however often expensive to purchase ad space in this size compared to other ad units.

300x600s are not very prevalent across the internet, so this ad unit should only be created when there is at least one specific site you intend to run it on.

Tip: A 300×600 is amongst the largest ad units available, so it should be used for interactive or video ads to get the most out of it. 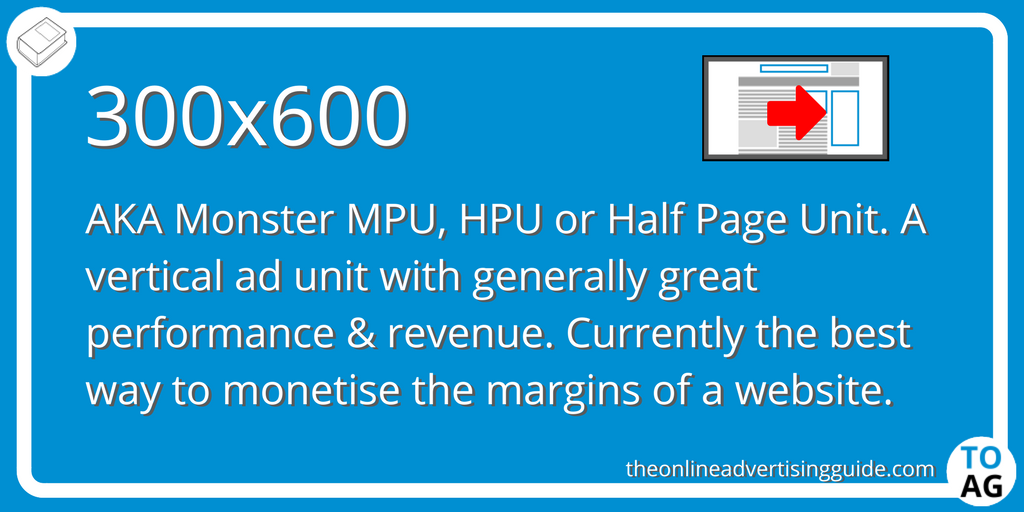