Skip to content
Home » Early Train Blog » What Happens When You Click On An Ad? [Infographic]
Get Our Free Monthly Digital Marketing Roundup Email

When you click on an ad, it’s not just the advertiser and the website hosting the ad who find out about it. To help them improve the performance of ads in general, there are at least seven different types of companies potentially monitoring every ad click on the internet.

Here are the stages of tracking that you can expect almost any time you click on an ad on the internet. 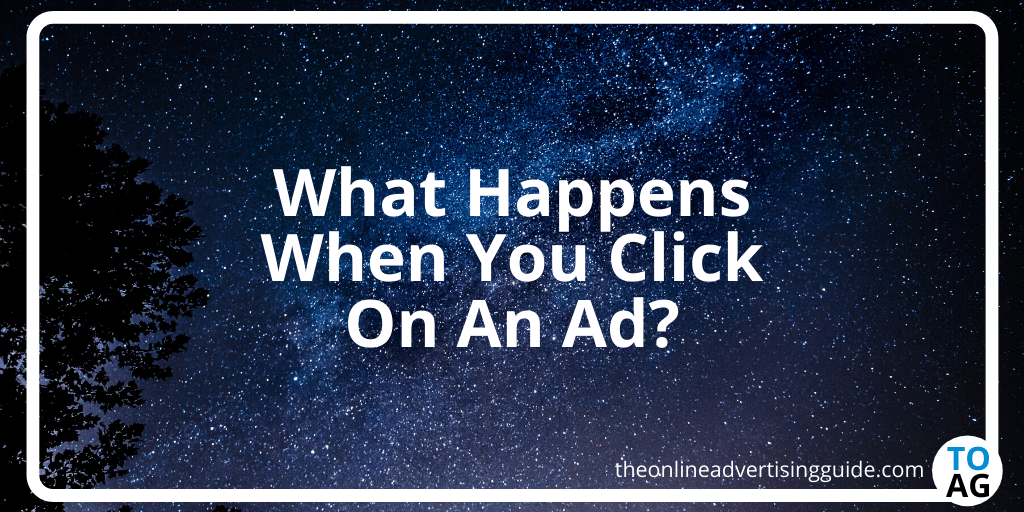 Unless the website you click the ad on has a direct relationship with its advertisers, they will likely only be told about clicks via the ad network they contract with (more on that in a moment). They may also occasionally have extra tracking technology in place that verifies clicks (but this is rare).

However, more and more websites are opting to have external link clicks tracked via their analytics, and this could potentially include any ads running on their site. This is generally done via something like Google Tag Manager, as it’s easy to set up, and then the stats are collected in Google Analytics.

Advertisers almost always have a whole array of tracking that fires when an ad is clicked on. This is because websites generally don’t have direct relationships with the advertisers who place ads on their site. Selling ad space is a difficult and somewhat tedious job, so most websites outsource it to an ad network (such as Google AdSense, Media.net, or Monumetric).

Ad Networks run thousands of ads across thousands of websites, and to make sure that everyone (including them) make as much money as possible, they run ads where they are most likely to get clicked on. To do this, they need to be able to find out when ads get clicked on, so they will have click tracking built into their ad code (which will be run via an ad server – something like Google Ad Manager).

The Ad Server will also get access to this click data. As well as aggregating this data for their own ends (such as marketing their services), making sure click tracking is working is a large part of what they are being paid for, so they do actually need to be able to see click data.

Just like websites, however, Ad Networks generally do not have (many) direct relationships to advertisers but instead, go through ad agencies. Ad Agencies work on behalf of advertisers to place ads in the right places, and will generally work with multiple ad networks to achieve this. They are also responsible to the advertisers for performance, so will generally track clicks themselves to ensure they can move budget between ad networks to get the best performance. Their ad code will be run through something like Google Campaign Manager.

Then there is the ad itself. While some ads are just gifs or videos, some are much more complicated. To get these to run across the different technical needs of millions of combinations of websites, browsers, computers etc requires a special sort of company – which are called Third Party Ad Servers. These companies solely work on delivering ads across any set of millions of users with as few problems occurring as possible. To make sure they are doing this, they will also likely track clicks, as if an ad has a low CTR on a certain site or browser etc, then that is an early indication of a problem.

So from here, we finally get to the advertiser. While some advertisers may be happy to accept the reporting from any of the previous steps, they often also want some tracking of their own. This is often the simplest type of tracking of the lot – usually just a specific URL or a UTM tag. Whatever it is will still help the advertiser to work out which specific ad was clicked on.

Note: While the amount of tracking is often less than this, it can also be more. For example, any of the above might have multiple things tracking the same activity for some reason (it’s pretty common), or have another company auditing their clicks.

[If you know of any other tracking that takes place as standard, drop me a line at justin@theonlineadvertisingguide.com and I’ll update this article]

The above explains all the types of companies involved in tracking clicks, while the below is from the point of view of the user. It is intended to help explain all the things that happen on an individuals computer when you click an ad. Feel free to share it. 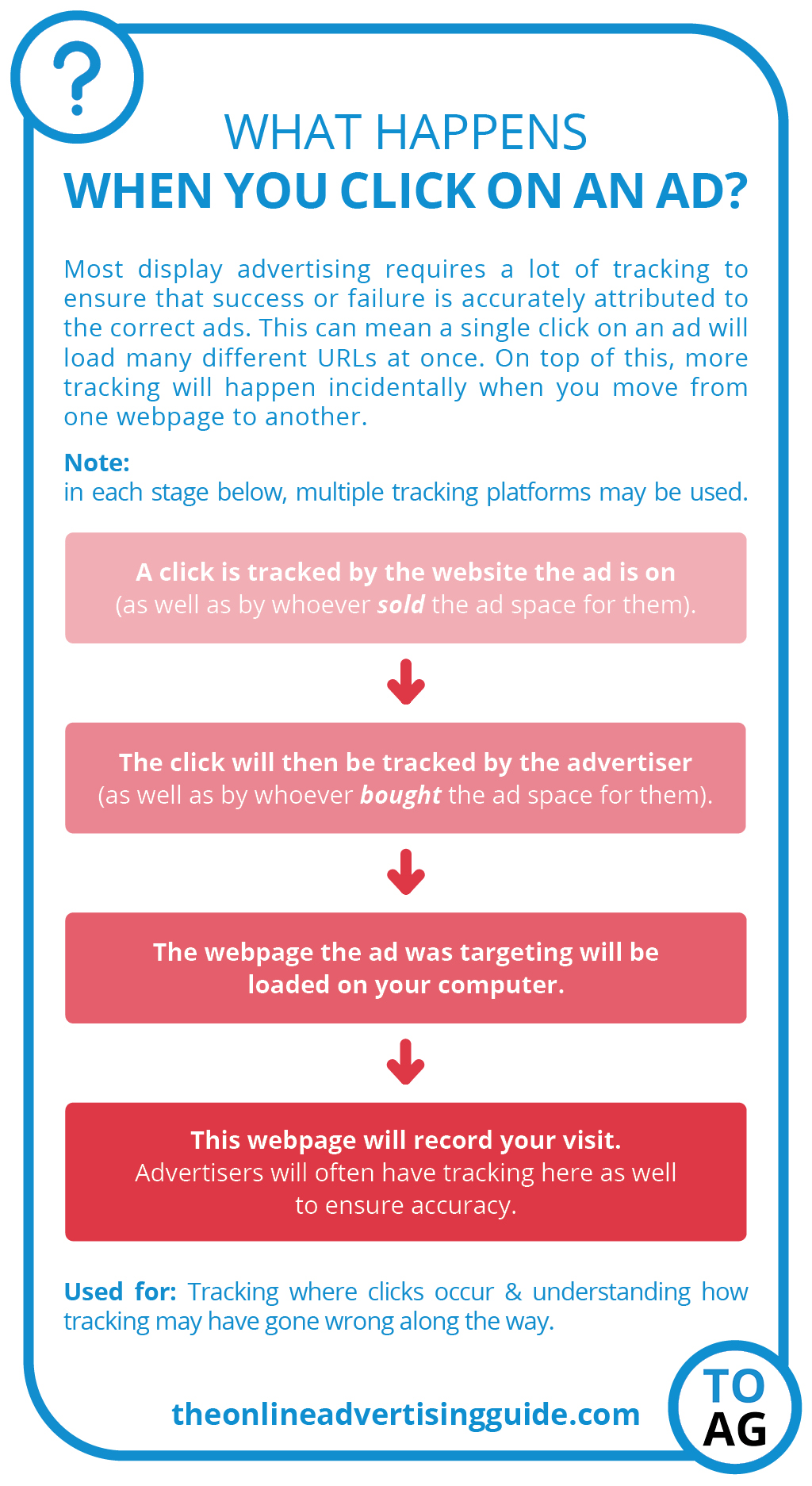