After over a year of being stuck indoors much more than usual, I think I speak for us all when I say that we are both sick of social media AND using it more than ever. So I thought this would be a good time to update the stats on the top ten social networks for 2021 (which I previously gathered in 2019).

It’s useful as digital marketers to know if the social media platforms that you are investing in are still the place to be.

I don’t think I’m spoiling anything by saying the top ten has remained virtually the same since 2019. However, it is interesting to see what has changed over the past two years, as this can help you make a decision to move your social media resources around.

What Are The Biggest Social Networks in 2021?

The table below shows the current level of popularity of each of the top ten social networks, as well as the % change over the past two years.

I don’t think anyone will be surprised by the continued dominance of Facebook, YouTube, and Instagram. What is interesting is their continued steady growth despite everything.

Also, TikTok’s meteoric rise to #4 with an impressive 38% growth over two years is incredible, but surprisingly not as incredible as Pinterest growing by 77% in the same period.

And let us not forget the prophetically named Tumblr, which is only the only social network to have lost users over the past two years (and almost half of it’s users at that).

The sources for this are Statista, Statista, and Market.us.

It should be noted that these stats are all Millions of Monthly Active Users (MAU) except Tumblr*, which only measures Monthly Unique Visitors. Also, all of these stats were published in January 2021, except Quora** who have not released new stats and so remain reporting 300 million Monthly Average Users.

It can be hard to take in large numbers, so for context there are about 7.8 billion humans on the earth right now. That means to break into the top ten social networks you need to have at least 4% of all people coming to your site every month.

To be number 1 you need around 35% of all people visiting your social network each month.

For people who prefer charts to lists, have this tasty treat: 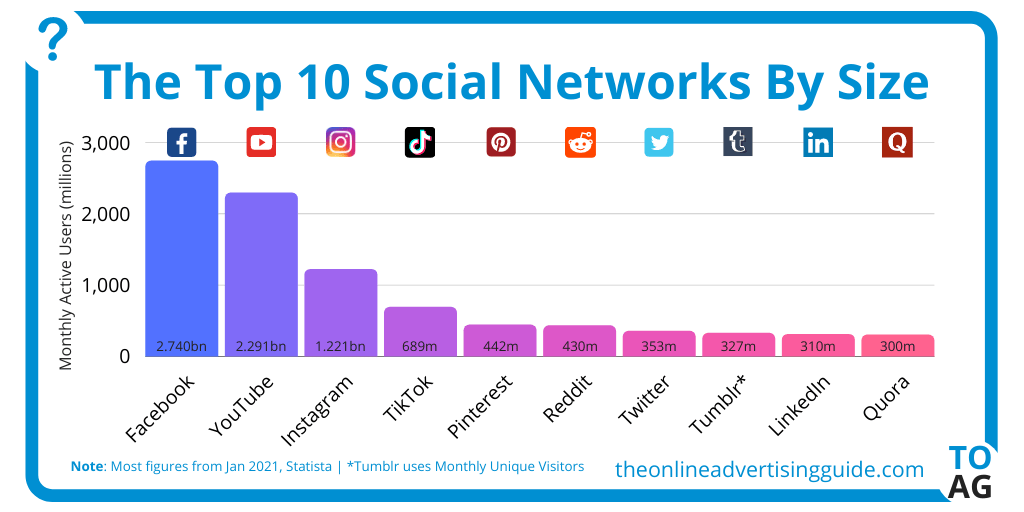 As you may have noticed this list does not include blogging platforms, messaging apps, commenting apps, or social networks which only operate in one geographic location. I personally just don’t think any of those count as social networks, for reasons I have enumerated here.

There are some other well known social networks that are missing from this list, but they all actually much smaller than the ones listed above:

There have also been a lot of new entrants to the social network scene in the last couple of years, but none have made any real dent. These include the exclusive (Clubhouse), the alternative (Mastodon), and the partisan (Parler). They may still grow, but for now, no other social network has a notable footprint. 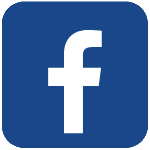 Facebook is still the largest social network in the world, having added 23% more monthly active users over the past two years. It includes posts of all types (videos, images, text) from both individuals and companies. There are also Facebook Groups which have become a great way to talk more directly to users.

Facebook has become an essential part of the marketing mix. Not only for community management and branding through organic posts, but its advertising offer is now also first-rate. 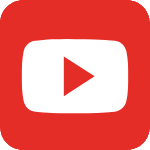 YouTube is the only social network anywhere near Facebook’s size, and it has grown 21% over the past two years. YouTube is an entirely video-based social network which makes it unique. It also means that there is an entry cost that other social networks don’t have, as you need to be able to make videos.

Videos are the most engaging type of content, however, making YouTube not only essential but also an incredibly practical social network to use. Many influencers create content solely for YouTube, making it an interesting marketing platform. 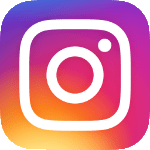 Instagram is a visual social network that blends images and videos. It grew by 22% over the past two years, meaning it kept up with both Facebook and YouTube. While owned by Facebook, it is still considered to be a much cooler counterpart to its parent site and attracts more influencers than any other social network. 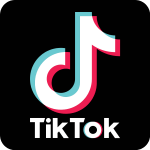 TikTok has grown massively over the past two years (+38%) and is now a household name. It is still much smaller than the top three social networks but it is catching up. TikTok is very different to other social networks, in that it’s about posting short-form videos in various ways, which are then indexed by their soundtrack (it’s complicated).

Marketers wanting to use TikTok should tread carefully. There is an advertising platform (which is essentially a clone of Facebook’s), but organic posts require a very different attitude than other social networks. If you want to use TikTok as a marketer, I would recommend first using it for fun to get the hang of it. 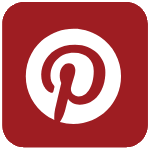 Pinterest has had an amazing couple of years, rocketing up from #10 in this list to #5. It saw an incredible 77% growth over this time. There have been many improvements within the platform to both its analytics and advertising platform. I suspect however that one of the biggest reasons for its huge growth is that Google has started surfacing Pinterest posts in results more often.

As a social network, it is interesting because it is a visual bookmarking site. This means that posts on there have a long shelf life as ‘pins’ are intended to be bookmarked for the long term. It also means that a lot of posts on there are earned media – other people posting your content because they like it. If Pinterest isn’t currently part of your marketing mix, you might want to reconsider. 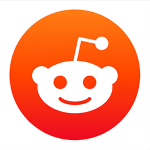 Reddit had very solid growth over these past two years of 30% and is more relevant now than ever. Reddit is essentially a collection of many forums and in its way a version of the internet in and of itself.

To the dismay of Redditors everywhere, Reddit now has a lot of ads on it and can prove to be a great advertising opportunity when used properly.

It is less useful for organic social media as authenticity is a must on the site so brands are simply not welcome there. As an individual, it is possible to use Reddit for marketing, however, it requires you to actually become a part of the community and to learn its rules. This means it can take a lot more time and effort than other social networks. 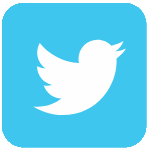 Twitter had only very modest growth of 5% over the past two years, despite it being one of the most famous social networks.

Twitter is a social network based on opinions. This has attracted a huge base of celebrities, which keep the site interesting to the general public.

Twitter is also a strong place for brands to be – if they know how to use it. As Twitter is about opinions, that means engaging with people and creating a community is a must here – and not simply broadcasting your message and disappearing. Twitter does have advertising options, however, they are mostly only good for getting more Twitter followers.

Twitter is a big time commitment. For big brands, Twitter is a must to engage with fans. For smaller businesses, it’s up to you whether it is useful or not. 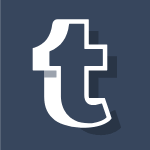 Tumblr is the only site on this list that has had a truly terribly couple of years, losing almost half of its monthly unique visitors in this time. This will at least partially be from the continued fallout from them banning adult content on the site – which previously made up a huge amount of its posts.

Tumblr is an interesting variation on blogging where users post content and repost each others content on an infinite loop, adding each time. It’s hard to explain unless you go there, but despite this drop in users, it does still have a huge and vibrant community.

If you want to advertise on Tumblr there are advertising options unique to the site. As for organic social media – creativity is the key. It’s not that brands are rejected from their community, it’s just that they have to be actually interesting for anyone to care about them. 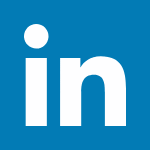 Like Twitter, LinkedIn has also had a modest 5% growth over the past two years. However, in this time LinkedIn has also become the go-to platform for B2B marketers – providing the best source of leads on the internet.

LinkedIn remains a social network primarily meant for professional connections, however with the huge growth in people working from home over the past two years the vibe on there has changed. There is still thought-leadership, bragging, broetry, and endless polls, but it feels like it makes slightly more sense than it used to. Maybe it’s just me.

Regardless, advertising on LinkedIn has become incredibly effective (although it also remains comparatively very expensive). There is no reason for any business to not be on LinkedIn, and if you’re a B2B digital marketer, it might just be the tool in your arsenal you have been looking for. 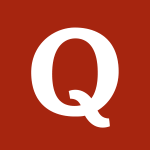 Unfortunately, Quora has not released any stats in the past two years so no one knows how many monthly active users there are on there. It still appears to be doing great, and there are many features that have been released and improved over the past two years. With the shut-down of its only real direct competitor (Yahoo! Answers) coming this year I suspect it will see a surge of users soon enough anyway.

Quora is a question and answers based social network, so can be a great place to show thought-leadership and place useful links. As an organic social media marketer, it can be invaluable for generating top of funnel content and branding. It does have advertising options too, which can be great if you are interested in finding people when they are still at the research stage of a purchase.

Social Media usage has grown considerably over the past two years, with this top ten increasing by 17% (even accounting for Tumblrs losses and Quoras no-change). It looks like Pinterest, TikTok, and Reddit are all the hot places to be right now, and so if you can expand onto those platforms you should consider it.

On the other hand, Twitter and LinkedIn are fairly stable so if they weren’t working for you before they likely won’t work for you now as they don’t have a new audience. Tumblr and Quora similarly aren’t growing so they may be good places to try if you never have before, but not a good place to revisit.

The top three social networks of Facebook, YouTube, and Instagram continue to dominate and somehow continue to grow at a steady pace. The sheer scale of all three means that there is an audience for everyone on there at this point, so they remain a solid investment.