Unlike Yahoo! Answers, Online Advertising Answers is here to stay. Each month I get asked a frankly ridiculous amount of digital marketing questions, and so each month I share some of the most interesting ones with you in this convenient round-up.

In this issue, I make a good case for (and against) doing Google Ads courses, re-imagine RTB (without the RT), and tell you to make that money from day one (or at least prepare the ground).

You asked, I answered. Simple. 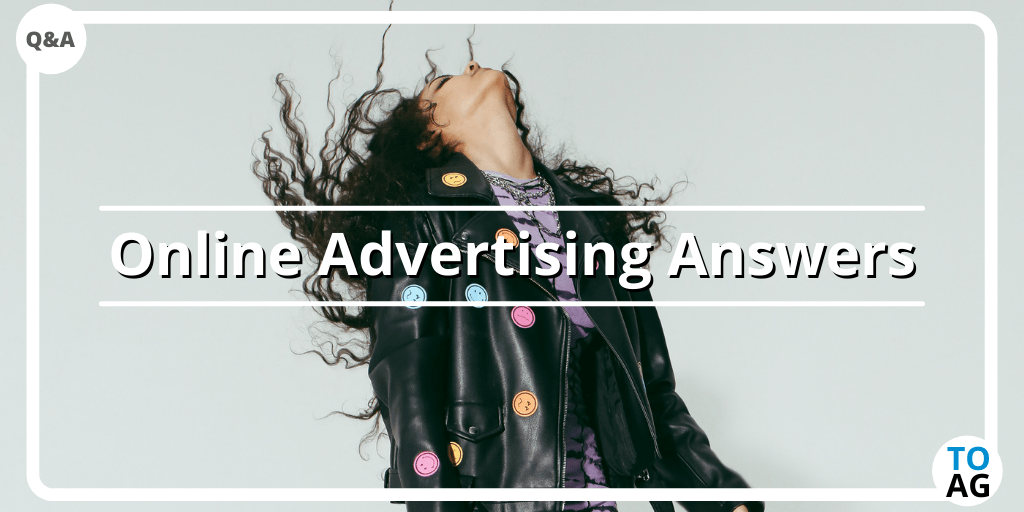 Q: “How useful are the Google Ads courses to find a job?”

A: “Google Ads courses are actually really useful to find a job – if you’re unemployed. If you work somewhere already then you are at an advantage over any unemployed person. It’s a weird and annoying fact that is it much easier to find a job when you have a job than when you don’t have one.

So if you have a job already I would not recommend doing Google Ads courses. They are frankly not that great, especially compared to real-world experience running a Google Ads account.

[There is an easy cheat you can use to pass all the exams (which are multiple choice) – always choose the answer which will require you to spend more money with Google. They do teach some interesting and useful stuff, but in the exams, there are sooo many questions which are phrased to make sure you think that you can always spend your way into good performance.]

On the other hand, if you don’t have a job (or are underemployed – for example freelancing but not enough) then yes the Google Ads courses are immensely helpful to find a job. Having unexplained gaps on your CV can be a real problem when looking for a job, but if you’ve spent your time upskilling then employers will see that you are keen. The Google Ads courses aren’t hard either (see the above tip) so you should be able to do quite a lot of them.

And frankly, why stop there! There are free Facebook Ads courses, Pinterest Ads courses, Twitter Ads Bing Ads courses, TikTok Ads courses and more out there. You can become an (on paper) expert across all online advertising relatively easily and if you have the time then you might as well. [You can find a list of free courses from all the major platforms here.]

I would also recommend joining Twitter to learn about Google Ads (and digital marketing in general) so you can be more informed of the latest thinking and updates when you have an interview. Companies will often ask you some variation of “What’s the most important trend in paid search at the moment” and Twitter is where you’ll be able to find that out. [If you want to know who to follow, here is a list of greats to get you started.]

And if you have the spare time, I would recommend volunteering at a charity. They often need digital marketing help and most charities get a free Ad Grant from Google meaning they most likely have a Google Ads account you can get some hands-on experience with. It looks great on your CV (and fills an unwanted gap), you do some good, and you learn about Google Ads directly. [If they don’t have an Ad Grant already, you can probably get one for them quite easily – giving you the chance to do some lasting good for your chosen cause.]“

Q: “Is RTB the most effective way to run online advertising?“

“I’m writing an essay on whether Real-Time Bidding is the most effective way for online advertising to be run and was hoping to get your opinion. Thanks for your time.”

A: “I suppose Real-Time Bidding probably is the most efficient way to run online adverting, but frankly I don’t think it should exist. Every interested advertiser is able to get all the ad slots and users that they want with RTB, but to do this they all have to be sent an incredible amount of information about users continuously.

And the kicker is that most of the time they don’t even need it or use it. Information about your web browsing is broadcast indiscriminately about 700 times a day (if you’re in the US) to advertisers and companies around the world so they can pick and choose which ad slots to bid on.

The risk of some of the companies using your data for nefarious reasons versus the benefits to advertisers of winning an ad slot more efficiently just doesn’t add up to me.

And what’s ridiculous is there are obviously better ways to deal with it. I’ve always wondered – why does bidding have to be real-time? I mean, the bidding could all happen in advance with no user data broadcast to any advertisers.

Advertisers could set their budgets and targeting in an ad platform. Then each hour a bidding war could happen in some middleware which could decide who will win for any set of criteria. A queue of adverts for any and all criteria could be formed.

Then as those criteria come up, the ads are served in order. Any excess traffic that comes up could just be marked as generic and random ads could be served. But then again to stop/limit this the queue could always be made to be multiple times the expected traffic.

The pros are that no data needs to be broadcast to any advertisers. The middleware would arrange the auction, and the advertiser would only have any connection to the user if an interaction or conversion takes place – and then only to know that it has taken place and what targeting caused it.

Retargeting pools could similarly be entirely anonymous. The middleware could keep track of previous conversions by the advertiser – but never share user-level data with the advertiser. So advertisers would still have a warm audience, they just wouldn’t be able to segment it. That would hurt performance only the slightest amount but would improve privacy dramatically.

You could also set it up so that advertisers could still have a kill switch for their ads if they wanted to stop running them IMMEDIATELY. Otherwise, you could start and stop in one-hour slots.

The negatives would be that without RTB it would reduce efficiency a bit. Advertisers couldn’t have a hot streak of interactions/conversions within a single hour as their ads wouldn’t be shown ad dynamically. Also, spikes in traffic wouldn’t be monetised as effectively, but as mentioned the chance of that could be mitigated quite substantially as long as demand for ads was high enough.

You would also have to have an entirely trustworthy middleware – or data white room if you will. This entity should be separate from anyone profiting from advertising in any other way and should have an auditable algorithm and the decisions made should be reviewable by researchers.

It’s not a complicated concept or even difficult to achieve. The problem is that when RTB and header-bidding came about almost no one cared about online privacy so the ad industry created something that was indifferent to it too.

Backing away from real-time bidding will present a short-term technical challenge, and reduce efficiency by a small amount (which could be made up for with better planning). It would however more or less fix privacy concerns entirely.

And in this day and age, less/no privacy concerns would likely equal fewer people using ad blockers and more people unafraid to click on ads creating a far healthier (and profitable) ad industry.“

[This question came via email]

Q: “How much traffic should you have before monetizing a blog?”

A: “You should start monetising your blog more or less from day one if you want it to be funded by advertising. Google AdSense takes websites of any size, so just sign up with them and get going right away.

To be clear, you won’t make much money to start with but that’s not the point. If you add ads to your site from the start then:

And last but not least, it’s important to train yourself as to how much to expect from monetisation. I don’t mean how much you make per month, I mean how you make per page view.

Another classic mistake people with a blog make is to expect way too much from advertising – especially if they start when their blog is already popular. Because they expect big money (and don’t get it), they try to fix the problem by adding more ads to their site – but this actually has the opposite effect. Too many ads drives users away and reduces the amount of revenue you earn per ad. So instead of adding ads and earning a lot more, your revenue might only go up a little bit or even decline.

To combat this, start with the idea of making a site with the number of ads that don’t annoy you (or your users). One at the top of the page, and then maybe an ad or two down the side makes a lot of sense. Then see how much money you make from this when you are small, and use your Page RPM for future financial planning. Grow your site to grow your revenue – don’t add more ads.

And then when you get to over 50,000 page views per month, shop around for a new ad network. This is when you’ll start earning a reasonable amount – but probably not from AdSense. Lots of ad networks have a minimum size of 50k per month – but even if they don’t it’s not worth your time or effort to shop around until you are over this size as you still won’t earn that much from advertising.

I personally like Monumetric at the moment (if you’re using WordPress) as they pay really well, but it’s also worth testing out Media.net, Ezoic and Setup Ad (to name a few) until you find an ad network that is good for you.“