We’re inundated with advertisements every day. From sponsored streaming shows to train car poster takeovers, to eerily-targeted ads on your Instagram feed, most people have become mostly immune to this type of outreach. And it’s no wonder when recent estimates indicate that the average person may be exposed to up to 10K ads each day! So, what’s a digital advertiser to do? One way to give your ads an advantage over the competition is to learn a bit more about a field called advertising psychology.

Advertising psychology is the study of how our brains react on both a conscious and unconscious level to the messages we receive from advertisements, and how those reactions influence us to buy. Although this is a complex field, there are a few basic variables that you should build an understanding of. 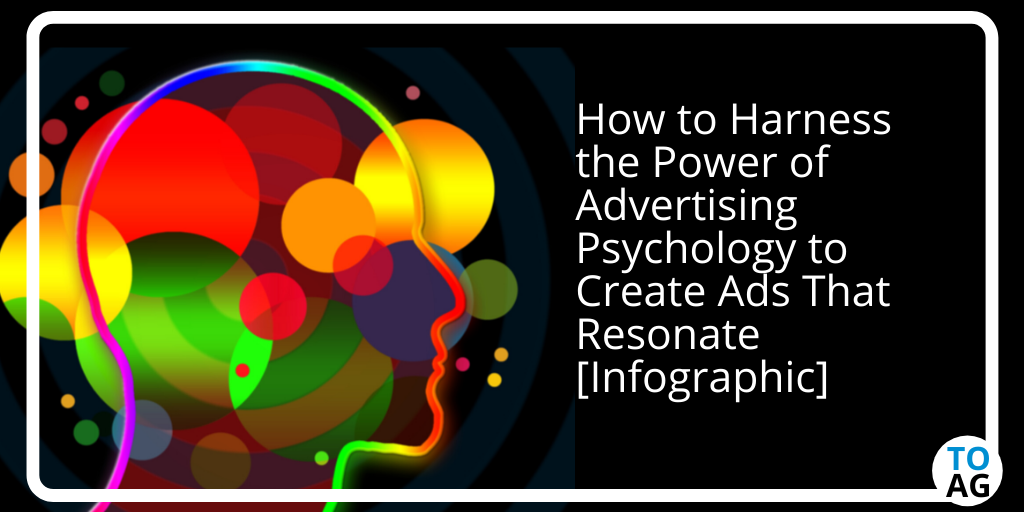 Many studies have been conducted that show we have different reactions to different colours on a subconscious level. For example, Hubspot ran a test on the conversion rates of two different CTA buttons. Basically, were users more likely to click a green button or a red button, if everything else about the page was exactly the same? For some reason, the red button outperformed the green button by 21%. Why? Because colours elicit different responses in our brains. Here’s a basic breakdown of brand colours and what they signify:

When choosing the colour scheme for your brand or advertising plan, think about the emotions above and what you are hoping to inspire in your potential customers.

In a similar vein, fonts also correspond to various emotions, as studies have shown. Venngage recently wrote an interesting piece breaking down Netflix show titles by their font styles. They found that shows with decorative fonts were more likely to be quirky and off-the-wall, while shows with modern typefaces had tones that were forward-thinking and cutting-edge. When deciding what type of font to utilize for your ads, keep the following list in mind:

We’re all familiar with the practice of stores and supermarkets pricing items at $4.99 or $9.99 just to make things seem cheaper. Though you might think that most people don’t fall for this, there is a reason this pricing structure continues to be used. It’s called “charm pricing” and studies have shown that it does actually work on a subconscious level to convince people they’re getting a better deal than they are.

If charm pricing doesn’t appeal to you, another psychological pricing strategy to try out is called “prestige pricing.” Prestige pricing does exactly the opposite of charm pricing, it rounds to the nearest whole number in order to simplify the thought process. This encourages a feeling of “rightness” called the rounded price effect which can help overwhelmed buyers make an easier choice.

4. Appeal to the Right Emotions

Now that you understand what the appearance of your ad should look like in order to utilize advertising psychology, you should think about what emotion you’re trying to elicit from viewers. Do you want to compare yourselves to competitors to shock them that your prices are so much cheaper? Do you want to scare them by pointing out the lack of quality with a competitor’s product? Advertising psychology studies have shown that the most effective ads produce one of five emotions in those who view them:

Think about which of these emotions would be the most effective for customers to feel to be enticed toward what you’re selling.

To learn more about what makes the psychology of advertising so powerful, take a look at the visual guide below. It provides additional examples of the above points, along with explaining the different thought processes consumers go through when making a purchasing decision and an example of an ideal online listing incorporating these points.