Skip to content
Home » Early Train Blog » Have You Ever Met A Bot?
Get Our Free Monthly Digital Marketing Roundup Email

Have you ever met a bot on social media? I have. His name was Pawel – let me you tell you all about him.

Pawel started off as a superfan of this site on Facebook. One day he liked our page, saw a post he liked and shared it. So far, so normal.

He liked us a bit too much. 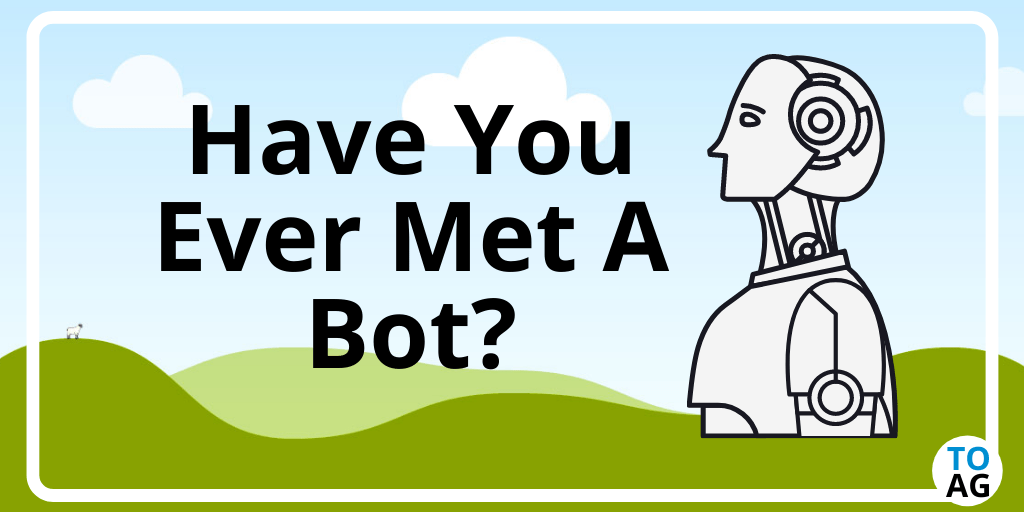 Then one day, something changed – our superfan commented! I was excited to finally hear from him and ready to get chatting away with my new bestie. You gotta take care of your superfans after all.

The only problem was… he said the weirdest thing. On a “Term of the Week” post about E-A-T he said:

Which is suspicious right? I thought FOD could have possibly been an odd food-based joke about E-A-T, but the rest is very … inhuman. What a disappointment. 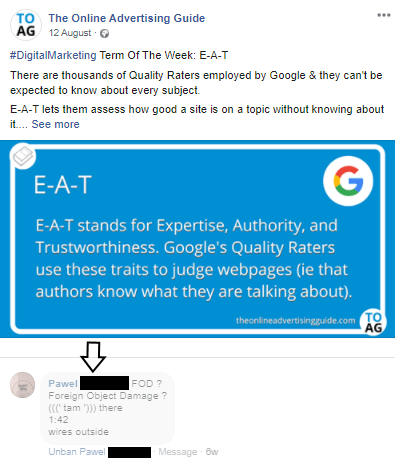 I have blacked out his name as Facebook hasn’t banned “him” and I don’t want to be accused of harassing one of their users.

Pawel stopped sharing our Facebook posts after that, and I started to worry that he was a robot whose wires had fallen out and he had been asking me for help. Poor robot Pawel.

But then a week later he commented again! This time I thought he was trolling or making fun of our headline at least. We used the word launch in the title and he just said ‘launch’. Weird, but ok I guess. 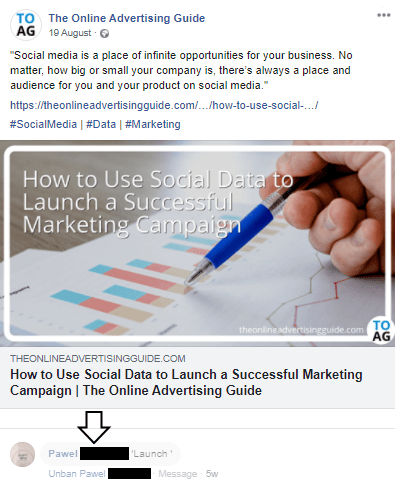 Then he disappeared again. Still no sharing of our posts. Maybe he felt bitter that his ‘comedy’ comment hadn’t landed how it should have. It’s understandable – it happens to us all. But then 5 days later he really let his bot flag fly: 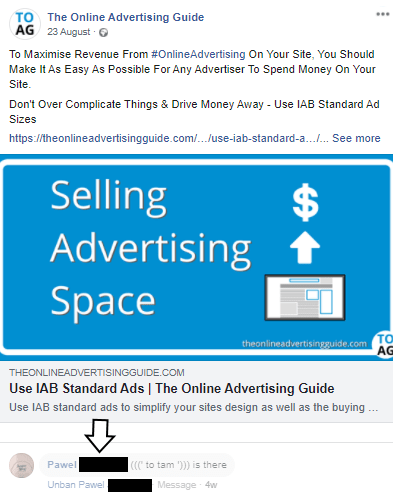 While my mind did immediately go to bot, I also didn’t discount the idea of him being some sort of mega racist doing the old ((())) thing. So I checked out his profile, and this is where it became weird.

There is nothing there. Let me more specific – it is a full-on uncanny valley version of a Facebook profile.

He has 14 friends. His profile picture is a blurry image of the bottom of a coffee cup. He has uploaded hundreds of pictures and videos of nothing. I don’t mean boring pictures and videos – I mean literally nothing is happening in them. 20 pictures in a row of the same street with nothing going on. 30-second videos of a dark room with no sound.

Let that sink in – 30-second videos OF A DARK ROOM WITH NO SOUND! Videos – plural.

Videos of a radio playing. 3-second blurry clips of unidentifiable things on a TV. Of a pot boiling. Of traffic. Of the sky. Of trees. Of shop fronts. These might sound nice and peaceful, but they’re not – they’re hastily taken shaky videos of nothing.

There are endless non-artistic photos of bottles, of windows, of vents. Of empty rooms, and empty places. Almost as if someone had just taken as many pictures and videos as they could and uploaded them at random.

There are of course ZERO pictures of identifiable people. There are a few pictures and videos of a cat, but that is the closest it comes. It’s almost as if someone was trying to generate enough Facebook activity on an account to appear like they were real. Facebook’s algorithms aren’t going to identify specific cats now are they. (Are they?)

It looks like he shares every single one of the videos Facebook automatically generates. Unsurprisingly, the Friendship anniversary ones I saw did not have a single picture of him with his ‘friend’.

I looked at his timeline again and realised that he had liked and shared random posts from random other pages too and that’s when I started to feel like a stooge. Some malicious bot had been using me to legitimise his future bad actions. 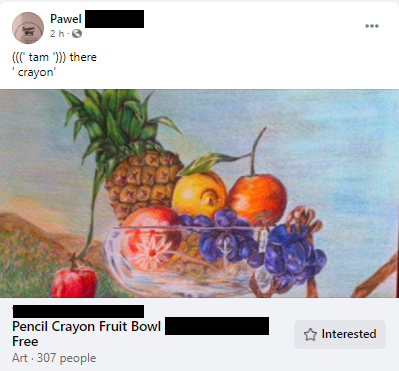 And… I started to think maybe I’m wrong. It was an event he had marked as interested after all. Bots can’t go to events can they. (Can they?)

Maybe everyone’s Facebook profile appears this suspiciously boring to everyone else. Maybe Pawel is using some translation software and it doesn’t work so (((‘tam’))) is just how it comes out.

Or maybe he is auto-generating comments and this is all suspicious AF. Either way, I decided I felt creepy having Facebook stalked a stranger and put it out of my head.

Until the very next day that is, when his most surprising and suspicious comment so far came in: 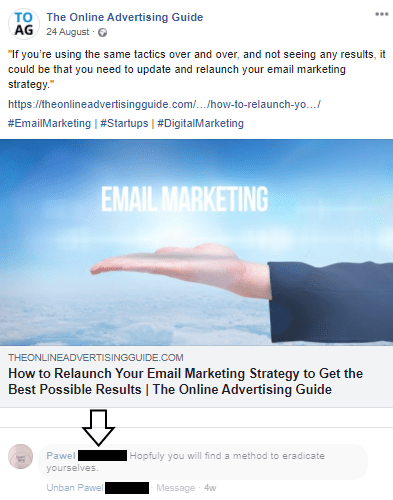 Hopfuly you will find a method to eradicate yourselves.

ON AN ARTICLE ABOUT EMAIL MARKETING! Wow. Considering he had been apparently obsessed with learning about all forms of digital marketing just 2 short weeks before this, it came as quite the surprise let me tell you.

And that’s when I finally banned him.

I mean, maybe he hates email marketing and all who write about it sooo much that he hopes we eradicate ourselves. But after seeing the “((( ‘tam’ ))) comments and keeping in mind the original “wires outside” comment I can’t imagine a world where Pawel isn’t a bot. This is not how real people react to things. (Is it?)

And it frankly feels awful to have been used in this way. Presumably, Pawel-bot was meant to be spewing random hate comments about eradication on news articles somewhere in order to muddy some political waters. Unfortunately, his wires fell out so he attacked his alibi instead.

I don’t know about you, but I don’t want to be a malicious bots alibi. So I hate to say this, but I really hope Pawel and bots like him find a method to eradicate themselves.

In conclusion – if you know what ((( ‘tam’ ))) means, let me know – especially if it exonerates “Pawel”. If you don’t – run your superfans through a metal detector would ya?