Skip to content
Home » Early Train Blog » Back To Basics: Above The Fold [Infographic]
Get Our Free Monthly Digital Marketing Roundup Email

Above what fold? What is “the fold”? What are you talking about?

Good questions. You may have seen the term Above the Fold (or ATF) bandied about when people talk about digital marketing and been confused. What fold is being talked about? Let me explain…

Do you mean the fold in my laptop?

Well yes kind of… but not really. We need to take a step back to understand what is meant by “the fold” in the context of digital.

When broadsheet newspapers are put on newsstands they have to be folded in half to fit neatly (and not fall apart). Because of this, everything printed on the front page that appears above that fold can be seen by anyone passing by. This typically includes the headline and main stories that a newspaper wants people to notice that day.

For most people, whether or not they buy the newspaper they will still see that content. This makes above the fold content especially valuable for newspapers because:

It also makes above the fold the most valuable ad space that a newspaper has. Everyone who sees the newspaper will see the ad, even if they don’t read the paper. 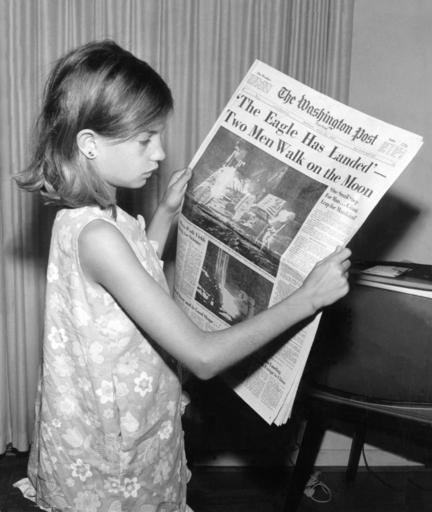 Space stuff above the fold is a sure winner.

Now… back to the internet. The equivalent of the fold in a newspaper is the bottom of a browser window. Anything on a webpage that appears onscreen when it first loads without scrolling (eg above the bottom of the browser window) will be seen by far more people than the rest of the page.

This is because even if people leave a webpage immediately they will still see it. And people do often leave webpages immediately after loading them (no website has a bounce rate of 0% as far as I know).

In terms of online advertising, this makes above the fold ad slots much more valuable and effective than any other ad slots. An ad has to be seen to have an effect right? So ads at the top of a webpage at least pass that lowest of bars – people definitely* see them).

Unlike newspapers, the fold does not just apply to the front page either. People don’t necessarily enter websites through their homepage so above the fold content on every page is more valuable than below the fold content.

Considering that most ads load but are not actually seen by anyone, above the fold placements are a big deal.

What?! What do you mean most ads are not seen by anyone?

There have been multiple large studies which show that the majority of ads load below the fold, and that most of them are not actually seen by anyone as people don’t scroll down. This is less common nowadays since these stats have come out, but it does still happen. Ads now commonly load as you scroll which mostly nullifies this issue.

Is there a way to check? What if I only want to buy ads which people actually see?

If you own a website you can work out the viewability rate of your ads. It’s mostly a manual process, unfortunately, but this viewability rate calculator will help. The key to increasing your viewability rate (and therefore the value and performance) of ads on your site is to put ads above the fold.

If you want to buy ads which actually get seen by people, you can buy them on a vCPM basis (or CPvM depending you ask). This means that you are only buying viewed/viewable impressions – which are impressions that some tech or other verified as having loaded onscreen.

This is for if you are planning on buying impressions of course. If you want to buy clicks or leads or conversions, then don’t worry about it – an ad has to appear onscreen for someone to interact with it after all.

What about the fold in my laptop?

It doesn’t really make sense because there is no content appearing below the fold on your laptop. Also “the fold” is a concept used on desktop, mobile and tablet too. But whatever helps you remember what ATF means is fine by me.

What about the fold in foldable phones?

No… that’s not… there isn’t necessarily an above and below in that case as foldable screens can fold sideways. Also, you can see both parts of the screen at the same time. Look, just look at the helpful infographic below. It will explain everything.

Above The Fold Infographic 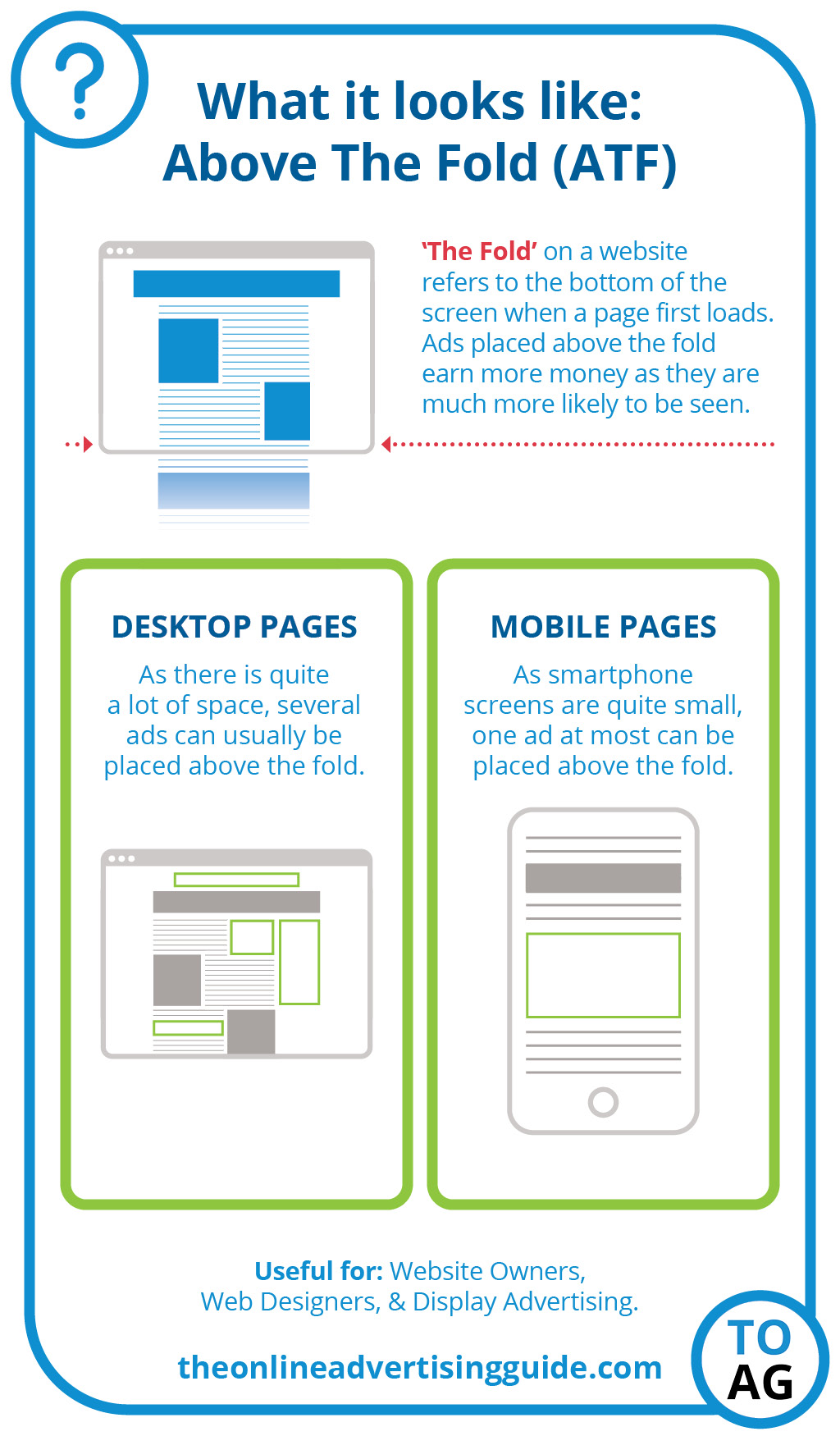 *Presuming nothing goes wrong, and they aren’t using an ad blocker.