Once you’ve got your ad network tags working on your site, you have done the hard part. There are many more things you can do in terms of having a more advanced setup, but these should wait.

Don’t jump into adding anything new until you are sure that your initial setup is working fine – a month to make sure your ads are working is standard. We would also strongly recommend waiting another month or two to see your ad network really get going.

The first month it runs your results will be erratic, so you can not really judge your ad network until you’ve given it a couple more to bed in. The more data your ad network collects on how your site works for different advertisers, the more it can optimise the amount of money your site can make.

After your ad network is properly bedded in, your focus should, of course, continue to be on growing your site. If you have the time on your hands and the need for more revenue, then the following should be considered too.

Most ad networks will allow you to set “defaults” up in their system. A “default” is what is shown when no ads are available to display, and can be used for “house ads” (ads that advertise parts of your site), or they can be used for ad code from another network.

Using multiple ad networks in this way is known as “daisy-chaining” and is a great way to make the most out of your inventory, provided the ad networks involved have no problem with it (which they mostly won’t).

The key to doing this well is setting the minimum CPM (if it’s an option) to whatever your AdSense eCPM (assuming you are using AdSense) is so that your new network will only deliver ads if they are coming in at a CPM which is higher than what you are already earning.

You should note though – the first ads that get served to each user on your site each day are the most valuable, so if you start sending your ads to another network, your AdSense defaults eCPM will likely drop somewhat.

Also, you shouldn’t really “daisy-chain” more than 3 times (network > network > AdSense) as it will create a lag between when the page loads and when the ads load, which means you will decrease your overall fill rate if an ad isn’t found before a user moves onto the next page (which is a common occurrence).

If you are using more than one ad network or selling your own online campaigns, then you will need an ad server to manage this. An ad server is just an online program that manages who, where and when advertising campaigns run, and also track all the metrics you may need.

Which ad server you choose will set the tone for all of your online advertising efforts as their different capabilities and reporting will define how you work.

WARNING: In case you were wondering, hard coding ads into your site and using Google Analytics (or similar) to track the results is not an equally valid solution – in fact, the data you get from this method is terrible, so do not do this!

We have worked with many ad servers, and honestly, almost all of them have massive and terrible flaws in them except for Ad Manager, and the same can definitely be said of the free versions of them. 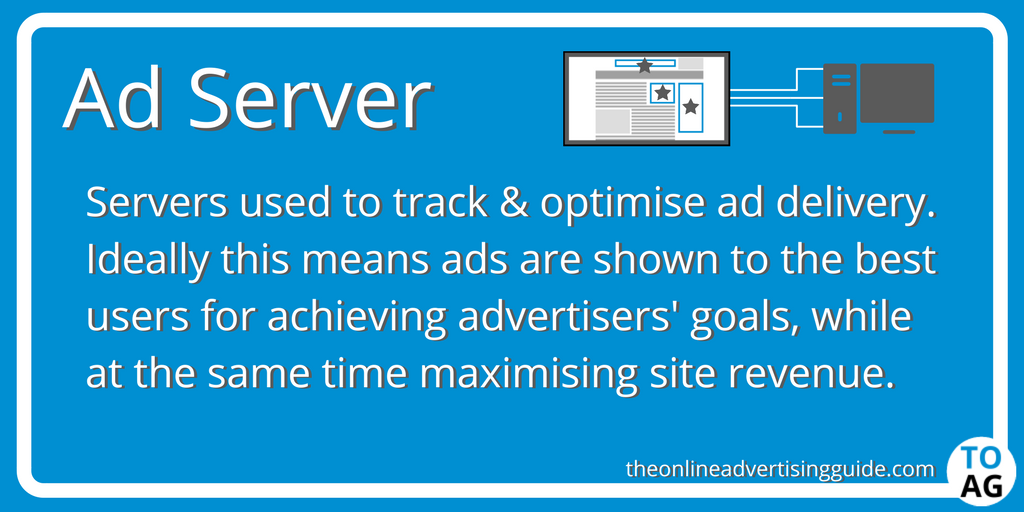 It is the most common mistake when setting minimum CPMs to believe that setting it higher will earn you more money, when in fact the converse is usually true.

This means that your fill rate will decrease for virtually no reason. Publishers also often seem to think that if they set the minimum CPM high then it will be sending out the message that they are a “premium” publisher. However, this message will not be received by anyone as no one can see that setting.

Also, the amount a campaign pays is not directly related to the quality of the ads you see – the biggest companies will pay the least money for their ads as they are trading on volume mostly.

If you are in a position with an ad network to set the financial terms of your contract, you should try and negotiate a minimum guarantee instead of a minimum CPM, as that way your network has an extra incentive to put ads on your site.

A minimum guarantee is a contractual amount an ad network has to pay you in total – usually conditional on you hitting ad impression and/or unique user goals, but assuming you can hit those goals, it will work out for you much better than a high minimum CPM.

As stated before, you should still, of course, set the minimum CPM in any ad network to the eCPM of the network you are using as the default for it, that way you are always maximising your revenue.

If it is the last network in the daisy-chain then you should not set any minimum CPM (or certainly nothing over £0.10) so you make as much money as possible and still fill all your ads. You will need to review these settings monthly to ensure you are always getting the best possible deal.