Even if no one reads your blog regularly, it’s surprisingly still worth having in a wide variety of ways. The blogosphere doesn’t have to welcome you with open arms for you to reap the benefits of typing whatever you feel.

There are many reasons for this, all of which seem counter-intuitive until you realise how shallow most people’s browsing habits are. Take, for example, the study which found that the majority of links that are shared on social media are never clicked on. Never! Not just that they weren’t clicked on by followers, but that they also weren’t clicked on by the person who shared them in the first place.

That’s right – not everyone is reading everything they tell you to read. So don’t feel bad if no one reads your blog – they might still be using it to show other people how smart they are.

Which is nice in a different way. Well kinda. Moving swiftly on…

Ironically, I don’t really know my source for this: b2blistings.org, so I don’t specifically trust them (hence the lack of a link – sorry guys, I’m sure you’re cool really). They are a directory that ranks their listings by using signs of trust, and among these signs is an active blog.

As I say, I don’t know them, but I do respect their methodology for this. All the things they look for to see if they trust a site, are all the things I look for – including an active blog. 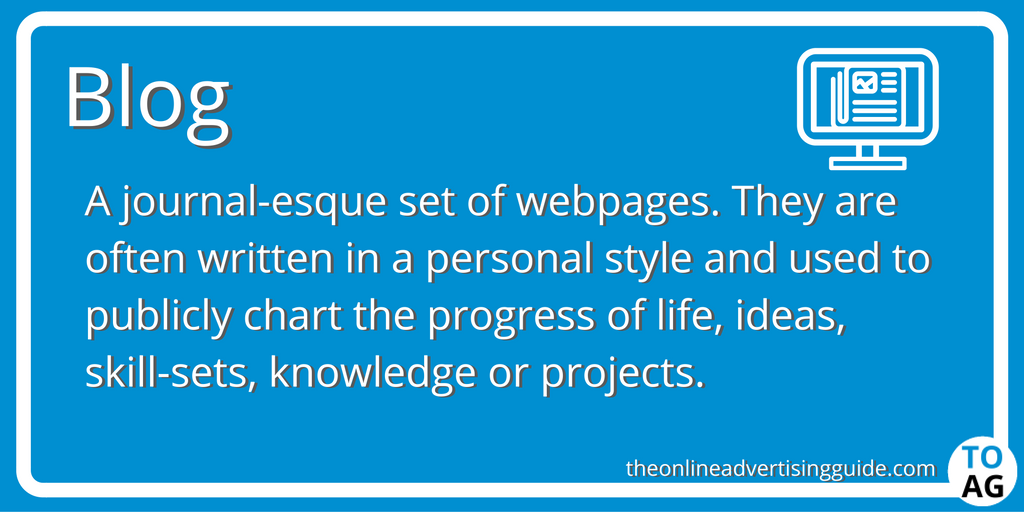 What about money? Do blogs rake in the cash? Apparently so.

After retail sites, and brand sites, blogs are where it’s at for consumer trust. Or at least it was in 2013 (any updated data anyone?). And this is according to a blog I do trust – socialmediaexaminer.com.

According to them (parsing a technorati report) people listen to blogs above social media when deciding what and where to buy. Basically, if Johnny Writesalot tells you “that is one dope toaster” on Facebook, you might give him a smiley face. If you find his blog and he’s said it, you might just listen.

Small communities breed more trust, and so popular blogs in those communities are like gold dust. (ie the toaster community relies on Johnny Writesalot for his blog opinions, because they know him already, and he is one of the few people who… writes a lot.)

On top of this, influencers apparently care about their blog stats more than anything. This makes them put their best stuff on there, which is probably why they are so trusted.

And as we’re all sooo influenced by what influencers think, we must all agree that blogs are really important anyway. Right?

Right. If both consumers and influencers think it, you should probably think it too.

According to another eminently trustable blog, QuickSprout.com (who themselves got it from kapost, just in case improper attribution annoys you), businesses that blog get 55% more visitors. B2B businesses with blogs get 67% more leads too.

It just makes sense that companies with trustable sites are the ones you’ll tell your contact details to.

You can’t just hit it and quit it either (the submit button that is). It turns out that stopping blogging is a terrible idea. After guy-I’ve-heard-of Robert Ryan stopped blogging for just under 9 months, his traffic and conversions both went down by about a third.

Blogs are great for SEO

However you feel about the chicken and egg that is page rank and page views, blogging totally helps your SEO. Especially if you do it right. I mean Rand Fishkin thinks so (if you put in some planning effort anyway). And he’s like the king of SEO, so he should know right?

Blogs make a website more trusted, bring in more traffic, leads and sales, and are good for SEO. I haven’t even mentioned how great they are for communicating directly with your audience – but they are. If you have a website, you should also have a blog.

Next: Get Your New Blog Ranking on Google