Despite being designated as an IAB Standard Ad, the 970×90 ad is pretty rare across the internet. It was intended to upgrade the 728×90, in the same way that the 300×600 was meant to replace the 300×250. However, while it does offer more space it never became that popular.

They can also be used as Pushdown ad units. This means the 970×90 appears across the top of a site when it first loads, pushing down the content. The larger 970×250 Billboard unit is generally used for this however as it is a much more successful ad unit.

Pushdown Super Leaderboard ads should be entirely closeable via a “Close X” button, leaving only a “Show Ad” button remaining that will expand again when clicked. This is up to the individual publisher, however. Alternately these ads often auto-close after 30 seconds instead.

Pushdown Example
This is how Pushdown Super Leaderboard ad looks: 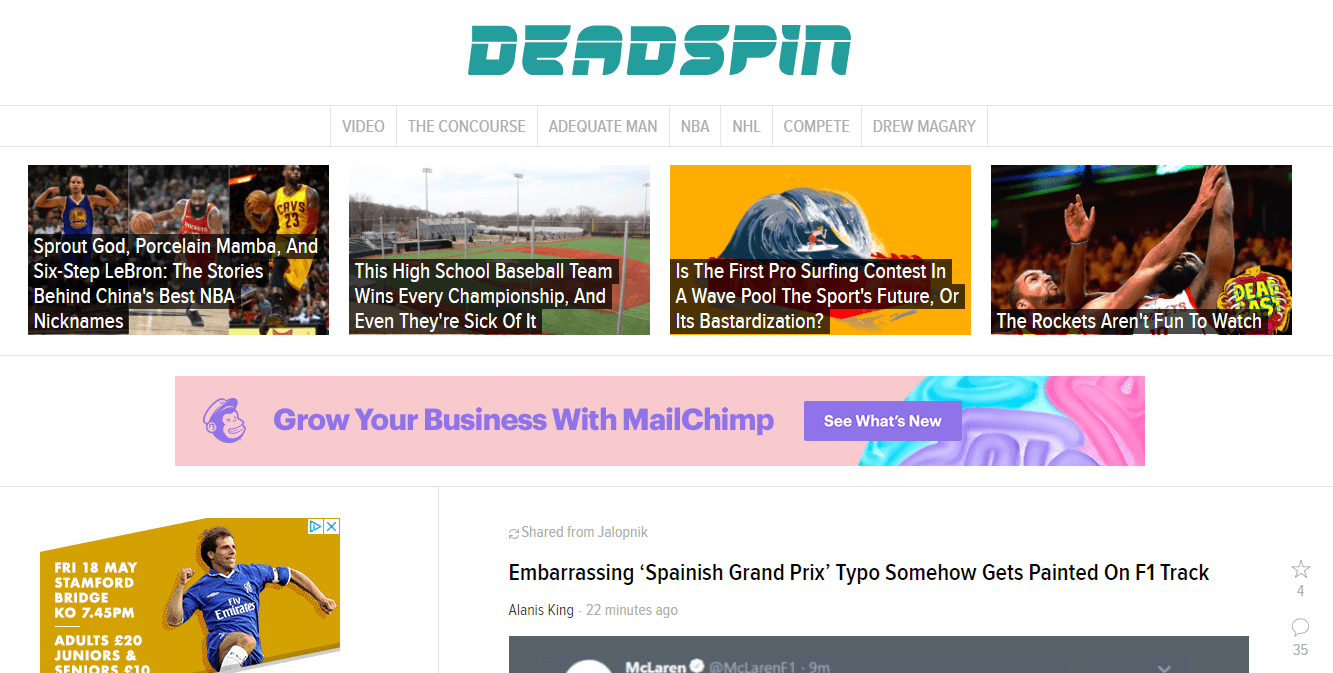 This Super Leaderboard ad for MailChimp (which is a great service by the way) runs in a multi-sized ad slot in the middle of the page. It shares a space with 728x90s as well as 970x250s.

The super leaderboard dimensions are 970 x 90 pixels. Below is a live example of this ad unit. Note: The live ad may not always load for technical reasons, and instead a backup image, or possible a 728×90 will show.

The 970×90 is around 30% wider than a 728×90 and can be used to great effect across the whole top of a site. However as they never really caught on, it’s best to use them as a multi-sized ad unit as in the example above.

They are unlikely to earn a lot of money on their own, even as a pushdown unit. By allowing them as part of a package of ads, you should be able to more effectively monetise your site.

Note: As it is a very large ad size, they are only available on desktop screens. This means they are not a good option for websites that get most of their traffic from mobile devices.

A 970×90 can be quite visually arresting as it is such a long ad unit. If you have something to advertise which fits this format (especially something which can be split into three) then it may be the best ad unit for you.

As it is not very common outside of multi-sized ad units, it is also not very expensive. You should expect to pay about the same as with a 728×90 for it, which makes it a bargain in some ways as it is a bigger ad unit.

It may also break through banner blindness as people are not used to seeing ad units of this size.

If your ad creation budget is limited, then the 970×90 is a luxury that probably doesn’t make sense. However, if you have the time and money to add the super banner to a set of ads you create, it has the potential to perform better and at a reasonable price point. 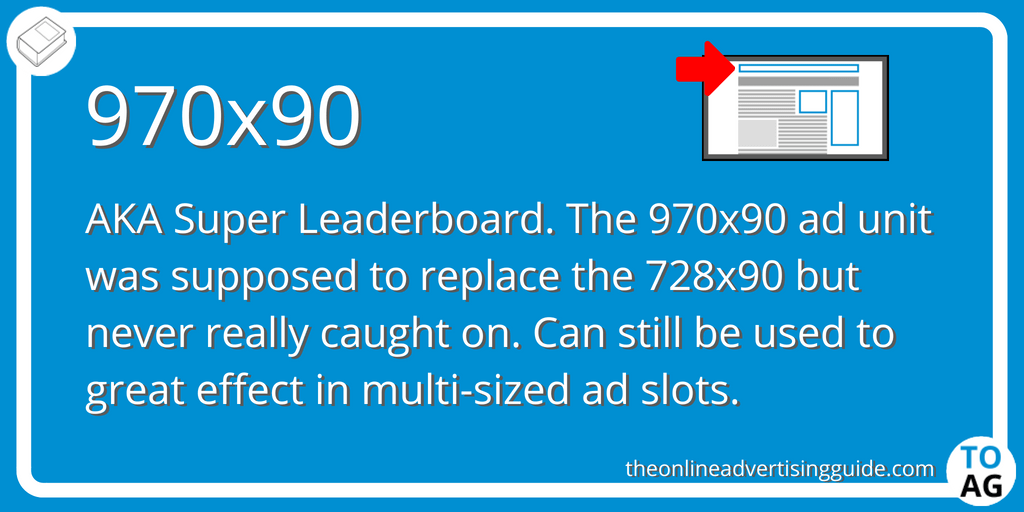