When should I be selling ads on a CPL basis?

The simple answer is: when you have space on your site.

CPL ads are generally like a cheap variation of a CPA ad in that there is often no upper limit to the number of leads you can generate, and you don’t know how many impressions you will be using to get them.

This means that you can’t really work out the eCPM until you’ve run the campaign, and as CPL campaigns are often run very cheaply, you should only really indulge them if you have spare space on your site.

How do I run a CPL campaign?

Run a CPL campaign like a CPA campaign. If you have the ability, add an exclusion pixel to the confirmation page of the CPL campaign so you don’t keep serving the ad to users who have already signed up.

If a specific amount of leads have been booked, then definitely give it an early impression in a users journey through your site so you can give everyone a chance to sign up. Then run it as a remnant campaign with a frequency cap, so you can get the best eCPM possible

If there is no limit, the same applies, but you may want to get rid of the early impression if the eCPM doesn’t shape up too well.

Note: Make sure to get the advertiser to send you regular reports so you can keep track of how you are doing. 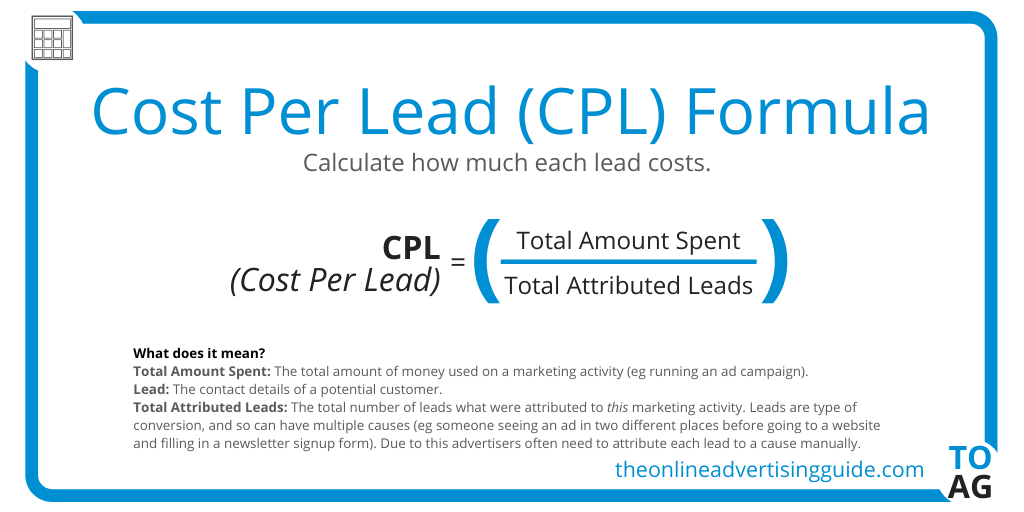 You will need to know the specifics of how the leads are being collected on the campaign to know how to optimise it.

Many CPL campaigns will create a landing page just for your campaign, in which case you can just optimise towards CTR and you will likely be hitting your mark.

If there is just one landing page for multiple advertisers, you are just running a CPA campaign by another name and you will need to get a conversion pixel in place, ask for reports and just generally follow our CPA optimising advice.

What CPL price should I accept?

As CPL campaigns usually don’t pay too well, this is more of a question of what is the minimum eCPM you would be willing to work for. As stated above, you shouldn’t really take on a CPL campaign unless you have space to spare, as they do take some work to manage.

Basically, work out the eCPM after running a campaign for a week and see how successful it is for you.